Trade union representatives from 18 unions, 13 countries, and 6 continents gathered in Brussels on September 5 and 6 to develop union action to protect their members’ futures in Mondelez. Defending trade union rights, combatting job destruction and stopping the growth of precarious work were at the top of the agenda. Trade union representatives discussed ways to strengthen their international coordination and cooperation to defend their interests in a company that has been driven by aggressive cost cutting and permanent restructuring to reward large shareholders and top management. This business model has eliminated 16,000 workers’ jobs from Mondelez since 2015. 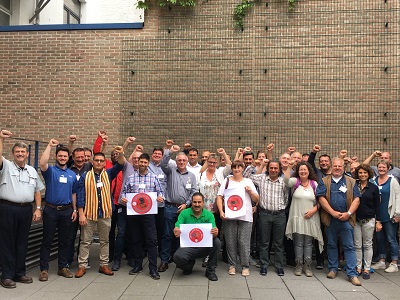