Home/News/Dignity is not for sale! Citra Mina attempts to buy out union members 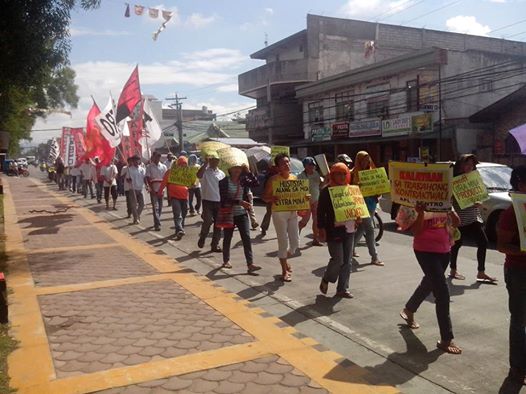 “March for Justice” – on July 17, 2014 the Citra Mina workers and their supporters walked to the General Santos City Legislative Council, demanding protection of their rights.

Citra Mina workers union president Jumary Arevalo revealed to the public that conciliation hearings between union and management has failed. Citra Mina is not willing to agree on union’s basic demand for reinstatement with full back wages and had declared to call back all previous offer of separation pay and livelihood assistance package. 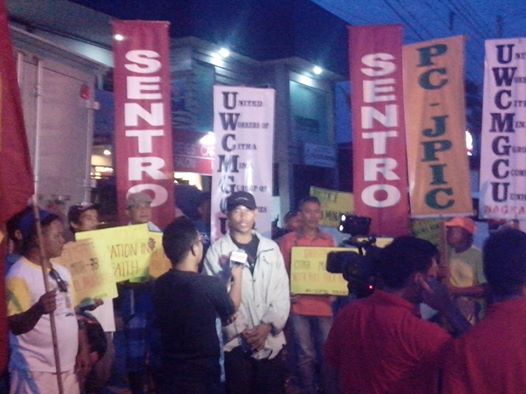 In the meantime, when negotiations are deadlock by the company, its managers are trying to reach out all strikers and even their family members individually through phone calls, telling them to accept separation pays equivalent to 15 days per year of service plus bonus of P15,000 ($344) for every striker recruited to accept the offer. Its paid cohorts have also circulated a threat that the management is only giving the union two weeks to accept the offer.

The company wants to take advantage of the desperate situation in which the workers were thrown by the dismissal. Their families are staving, but full majority rejected the offer. Workers rights are not for sale! Citra Mina workers union condemn this act of the company as another clear case of serious misconduct, grave threat, harassment and bargaining of bad faith.