Thousands of domestic workers and cleaners have been on strike and marching in the streets of Amsterdam and other Dutch cities since the beginning of January.

The domestic workers and their union Bondgenoten FNV are demanding: 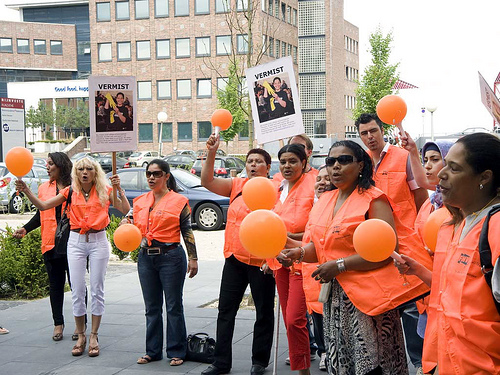 Although some actions continue, negotiations have resumed with the hope of reaching an agreement soon.

Solidarity messages have been conveyed to the striking workers from the International Network of Domestic Workers, IDWN