On the first day of its Congress in the Hague (Netherlands, March 21-22) the FNV Bondgenoten showed its support for the global IUF campaign for justice for Mondelez workers in Egypt and Tunisia. FNV Bondgenoten will be publicizing the campaign and promoting awareness among its members, the wider labour movement and the public. 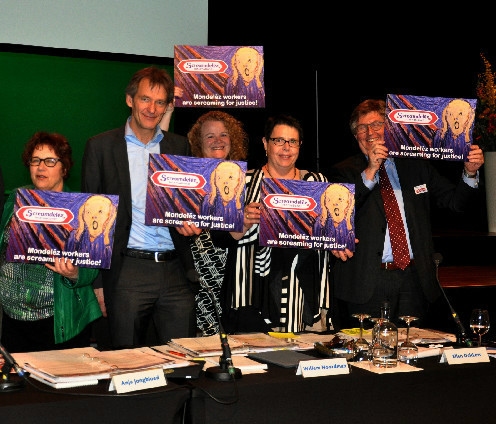