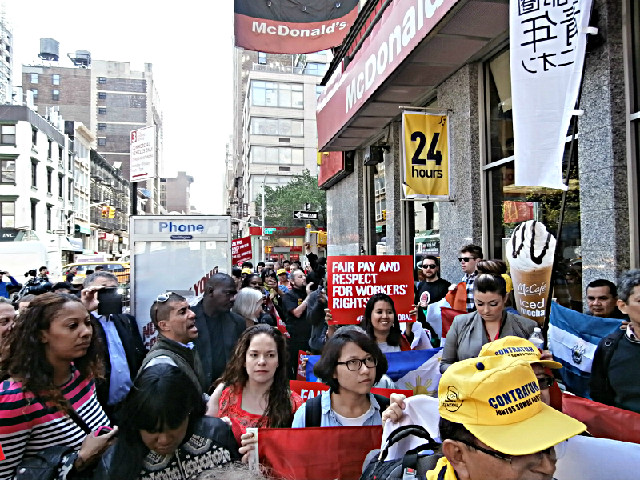 On May 7, participants joined an action in front of a Manhattan McDonald’s restaurant and then delivered a letter to McDonald’s calling on the fast-food giant to raise wages and respect workers’ rights worldwide. At the same time, they announced US-wide strike action at fast food restaurants on May 15 in support of their demand of USD 15 per hour and the right to form a union without fear of retaliation. IUF members are planning support actions and protests in dozens of countries around the world.

“The Fight for 15 in the US has caught the attention of workers around the world in a global fast-food industry where workers have recently been mobilizing,” said IUF General Secretary Ron Oswald. “It has added further inspiration and led them to join together internationally in a fight for higher pay and better rights on the job. This is just the beginning of an unprecedented international fast-food worker movement-and this highly profitable global industry better take note.”