Published: 03/08/2017
The Italian agrofood union FLAI-CGIL is building on its ongoing initiatives to organize migrant farmworkers by informing them of their rights with a new campaign focused on workers employed in this year’s harvest in the area of Foggia, capital of Apulia. 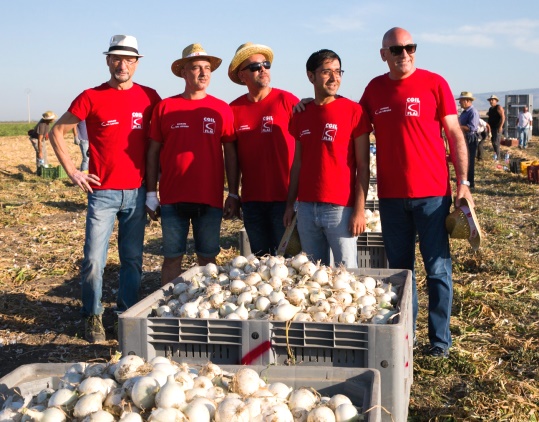 Over the next two months, groups of FLAI shop stewards and officers will be meeting with workers every morning in a campaign they call ‘Ancora in campo’ (On the field again). The workers are given information concerning the union, collective agreements, labour law and their rights. Previous work with Bulgarian unions has facilitated access to the many Bulgarian workers on the region’s farms.