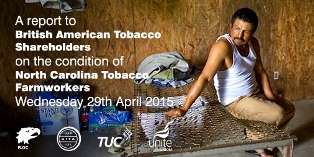 Members and officials from IUF-affiliated Unite the Union were on hand to distribute copies of a report, published on behalf of FLOC by Unite the Union, highlighting the human rights abuses on tobacco farms in the US state of North Carolina.

The report to British American Tobacco shareholders on the condition of North Carolina Tobacco Farmworkers can be downloaded here.

BAT Chairman Richard Burrows responded by claiming that he had been given assurances (based on “an independent audit”) that none of the abuses detailed had been found on farms supplying tobacco to BAT! FLOC questioned the accuracy of the audit and invited the entire BAT Board to come to North Carolina and see for themselves.

This was the fourth time Baldemar Velasquez attended the BAT AGM.  He promised to keep coming back until BAT decides to seriously do something about the conditions farm workers endure in North Carolina tobacco fields. 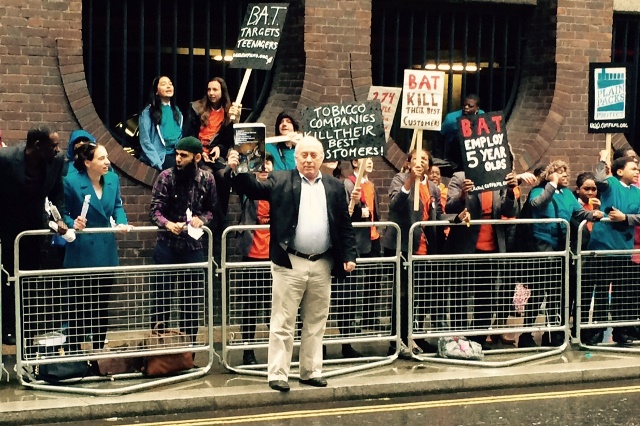