The IUF-affiliated ABVV-FGTB HORVAL, organized a picket and distribution of the PepsiSmash campaign leaflet in front of Veurne PepsiCo plant in Belgium on June 16 in support of PepsiCo warehouse workers in India. 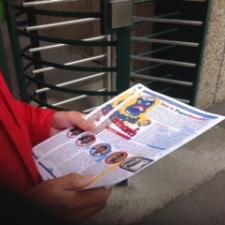