The IUF-affiliated Fellesforbundet in Norway reached an agreement with employers on May 21 which brings important gains and ends the national strike which began on April 24 and had been steadily escalating, bringing out 7,000 workers in 800 hotels. Fellesforbundet launched the strike when major hotel chains including Scandic and Radisson and the employers association rejected the union’s demand for higher wages and local negotiations to supplement the national agreement. 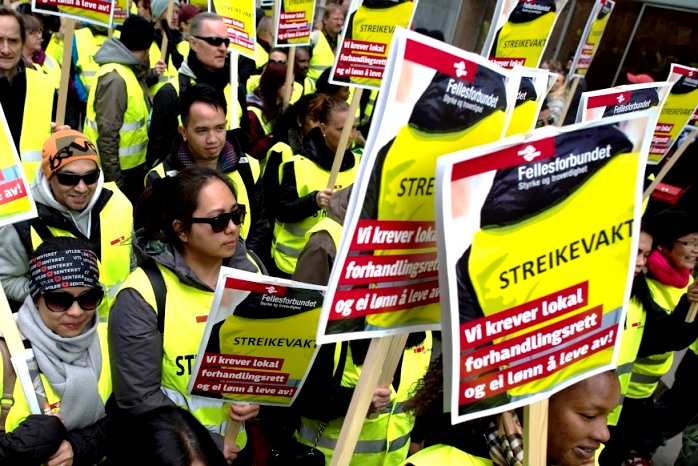 The union has won the right to negotiate locally, a right that other sectors within Fellesforbundet have had since 1907. The settlement brings a wage increase for the lowest paid as well as an increase in the hourly wage.

Over 3,000 new members joined the union in the course of the strike, 1,000 of them in the hotel and restaurant sectors, boosting membership by 14 percent. Fellesforbundet has thanked the international trade union movement for the support and solidarity they received during the strike. 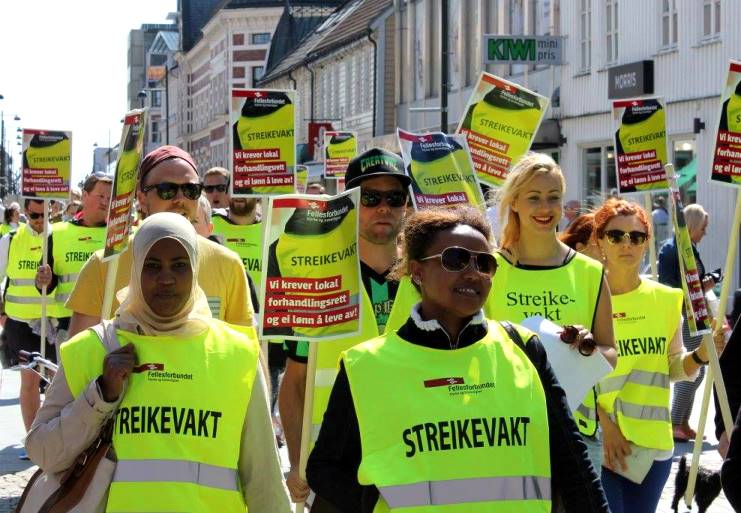