Workers at the Intercontinental Hotel Dieu in Marseille, supported by the FDS-CGT, face a management backlash after organizing to demand an end to poverty wages, unpaid overtime and under-staffing. 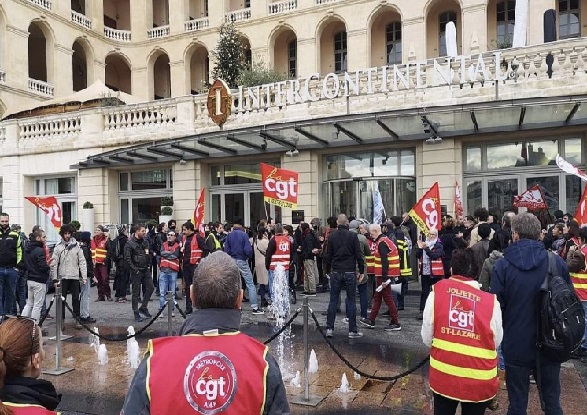 Room cleaners and other staff facing impossible performance requirements are on the receiving end of a chain of licensing and subcontracting arrangements which depend on gross exploitation. The city of Marseille granted Axa REIM, the giant French-based real estate investment manager, a 99-year lease to the property for the derisory sum of 2 million euros per year. Axa REIM in turn has contracted IHG Marseille, owned by Intercontinental Hotels Group, to manage the hotel, including staff. The exorbitant profit targets set by the financial arrangement between the Axa REIM and IHG, make it impossible to provide decent work for the hotel employees.

The union believes the situation qualifies as the abusive subcontracting (délit de marchandage) punishable under French law. And the city of Marseille, through the terms of the lease, is subsidizing exploitation.

Workers struck the hotel on November 15, 2019 but after a month of picketing had to call off the strike when Intercontinental initiated legal action to evict the strikers – an attack on the right to strike. Workers and their union continue the struggle by other means: filing legal charges, calling for labor inspections and promoting the struggle on media.

The IUF is organizing international support for the union at the hotel. 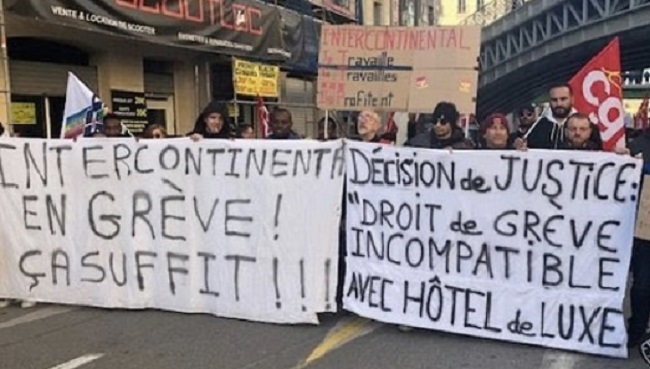