A delegation of 50 Froneri workers and their trade union representatives from FLAI-CGIL and UILA-UIL travelled on 29 November from Parma in Italy to Switzerland to carry their fight against the closure of their ice cream factory to Nestlé’s doorstep. 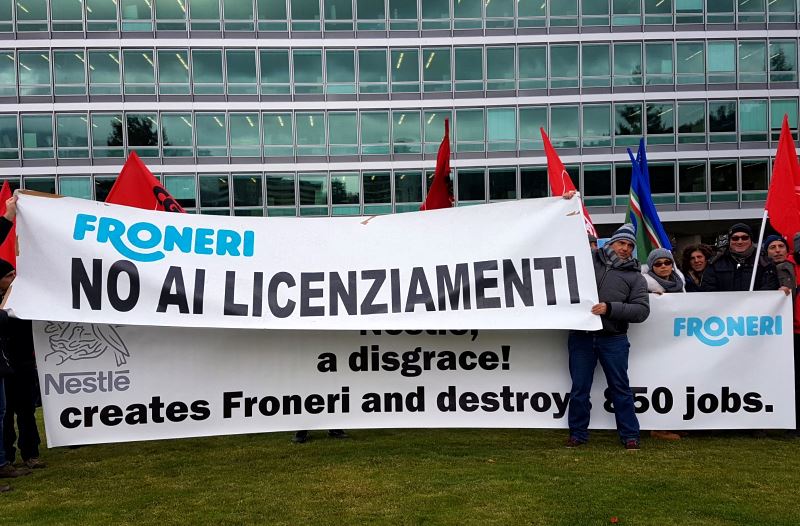 They were welcomed by a delegation from the Swiss trade union UNIA, including a number of Nestlé workers. Also present to show support were a representative from the German trade union NGG and IUF General Secretary Sue Longley.

The Froneri workers and their supporters gathered in front of Nestlé headquarters, where they were met by representatives of the company. A delegation made up of the IUF, FLAI, UILA, UNIA and the NGG was invited to meet with Nestlé management.

The trade union representatives from Italy described the indefensible behavior of Froneri management: the refusal to negotiate, to consider alternatives, to engage with the unions and with government representatives who are offering solutions. Meanwhile, the workers in Parma have reaffirmed their determination to fight to avoid layoffs and the closure of the factory.