Published: 23/01/2017
The IUF and the Make Fruit Fair network are calling on Irish fruit transnational Fyffes to end rights abuses on its subsidiary plantations. At the Emergency General Meeting on January 16, 2017 to confirm the takeover of Fyffes by Japanese conglomerate Sumitomo, protesters demanded that Fyffes reinstate workers sacked and blacklisted for joining trade unions in Costa Rica and Honduras, pay unpaid wages, holiday entitlement, education grants and social security contributions, and compensate workers unfairly dismissed because they became pregnant.

“Fyffes must take responsibility for ensuring that their local managements in Costa Rica and Honduras recognise and enter into good faith negotiations with local unions and that company-wide freedom of association and collective bargaining is respected at every level”, said IUF General Secretary Ron Oswald.

Bert Schouwenburg from the IUF-affiliated GMB was at the protest. He said “Before Fyffes CEO, David McCann, pockets his ill-gotten gains, Fyffes must fulfil their responsibilities to their workers and return the money they have so disgracefully stolen from them over a period of decades”. 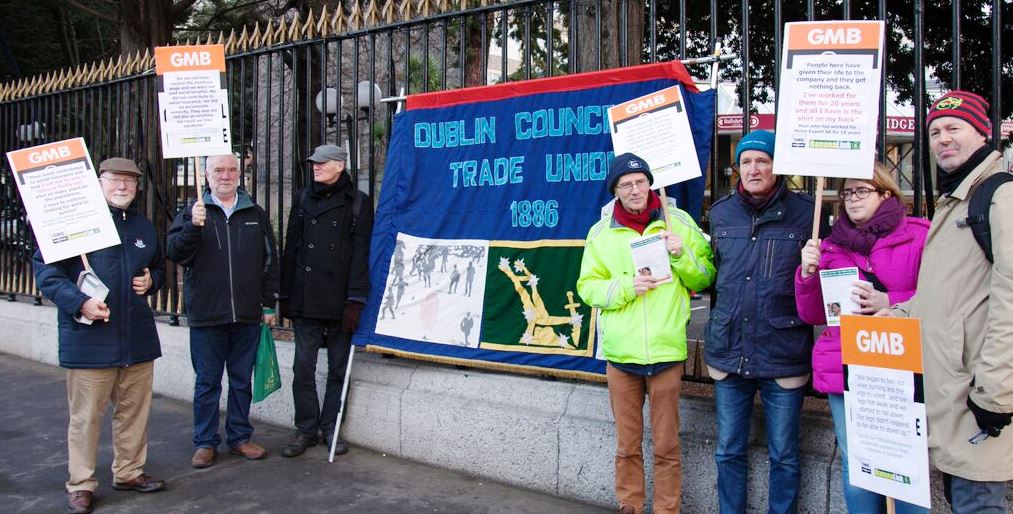