Published: 01/05/2018
Members of the IUF-affiliated Independent Union of Agricultural, Light, Food and Processing Industry Workers’ Union of Georgia have won an agreement to end the threatened closure of the Agara Sugar Company by bringing it into full operation, reinstating dismissed workers and paying wages beginning May 1. The agreement between union, company and government representatives on April 20 followed 50 days of protest action at the gates of the plant and government offices in the capital Tbilisi, including a 3-day, 120-kilometer worker march from Agara to Tbilisi.

Maintenance and preparatory work will begin on May 1 with full production expected to resume from June.

In recent years workers and residents of Agara have suffered as production has been radically curtailed and the threat of closure hung over the company and the city. The company is expected to present a long-term management plan by the end of the year. 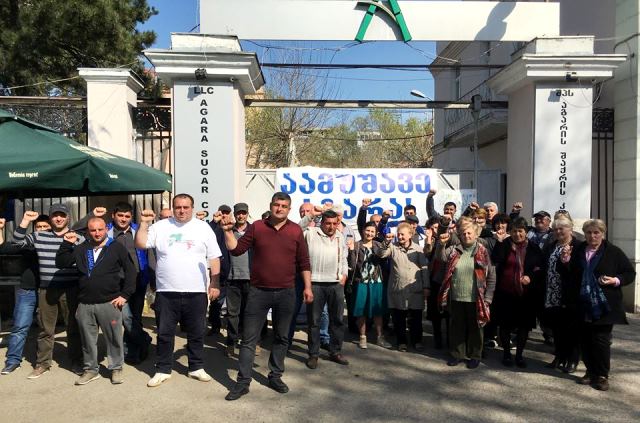