Following the spirited action by IUF affiliates at the New York headquarters of Turkish Airlines, unions in Germany and Canada have organized active public support for the reinstatement of the 305 union members fired in 2012 for exercising their right to strike. 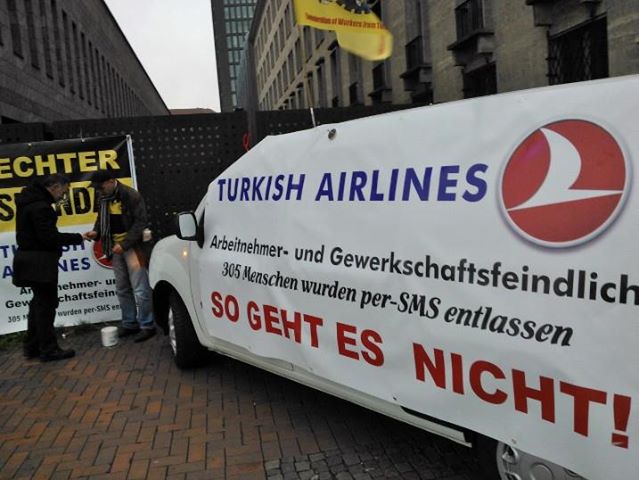 German trade unions together with migrant worker and community groups organized a demonstration in Dortmund on November 23 ahead of the BvB Borussia Dortmund/FC Bayern München football match, with placards reading “A real Scandal; Turkish Airlines: Anti-worker and hostile towards the union; 305 people were dismissed by SMS; It can’t go on like this!”. The district leadership of the national center DGB sent a call for protests over social media and distributed materials including ITF and IUF statements demanding the company reinstate the dismissed union members. Demonstrators also protested Turkish Airlines’ sponsorship of the Dortmund team.

On November 28, members of the IUF-affiliated UNITE HERE Local 75 took time off during the Ontario Federation of Labour biennial convention to lead a delegation to the offices of Turkish Airlines in Toronto. After leafleting both cars and passersby outside the airline’s offices in downtown Toronto, UNITE HERE Local 75 representatives entered the office to speak with representatives of the airline. 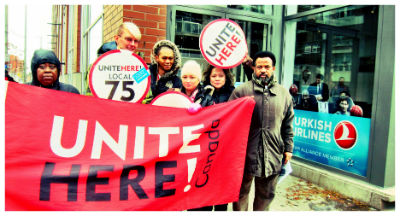