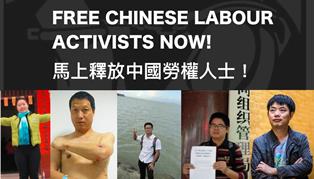 An international trade union delegation from the IUF and IndustriAll delivered a message to the Chinese Permanent Mission in Geneva, Switzerland December 21 demanding the release of labour rights defenders held in detention following the police sweep in Guangdong province earlier this month targeting labour rights centers and activists. At least four activists are in detention facing criminal charges.

CLICK HERE to sign the petition initiated by the Hong Kong Confederation of Trade Unions calling for the immediate release of all detained activists and an end to the repression of labour rights organizations. 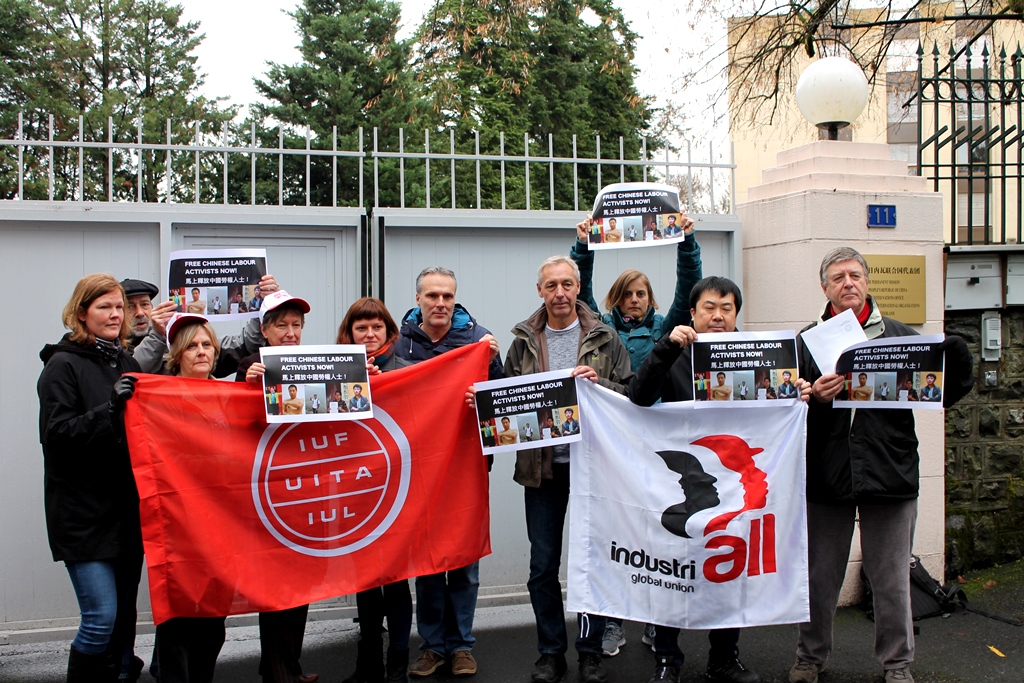