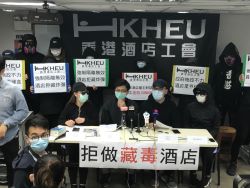 On February 9, 2020, the Hong Kong Hotel Employees’ Union (HKHEU) held a press conference to denounce the government’s new policy on quarantine for visitors from mainland China and demand greater protection for hotel workers’ health and safety.
In response to the novel coronavirus pandemic, the Hong Kong government announced a new policy on February 7 that requires visitors from mainland China to be quarantined for 14 days. The policy refers to “self-quarantine at hotels or any other accommodation they have arranged” for this period. HKHEU strongly criticized this policy for putting hotel workers at risk. The union pointed out that hotels do not have the appropriate facilities for quarantine and hotel staff lack the necessary training to handle quarantined guests and potential carriers of the novel coronavirus. The quarantine policy simply increases the risk of exposure for hotel workers.  In addition, the lack of adequate personal protective equipment (PPE) is already a serious issue and some hotels have stopped issuing face masks to staff. 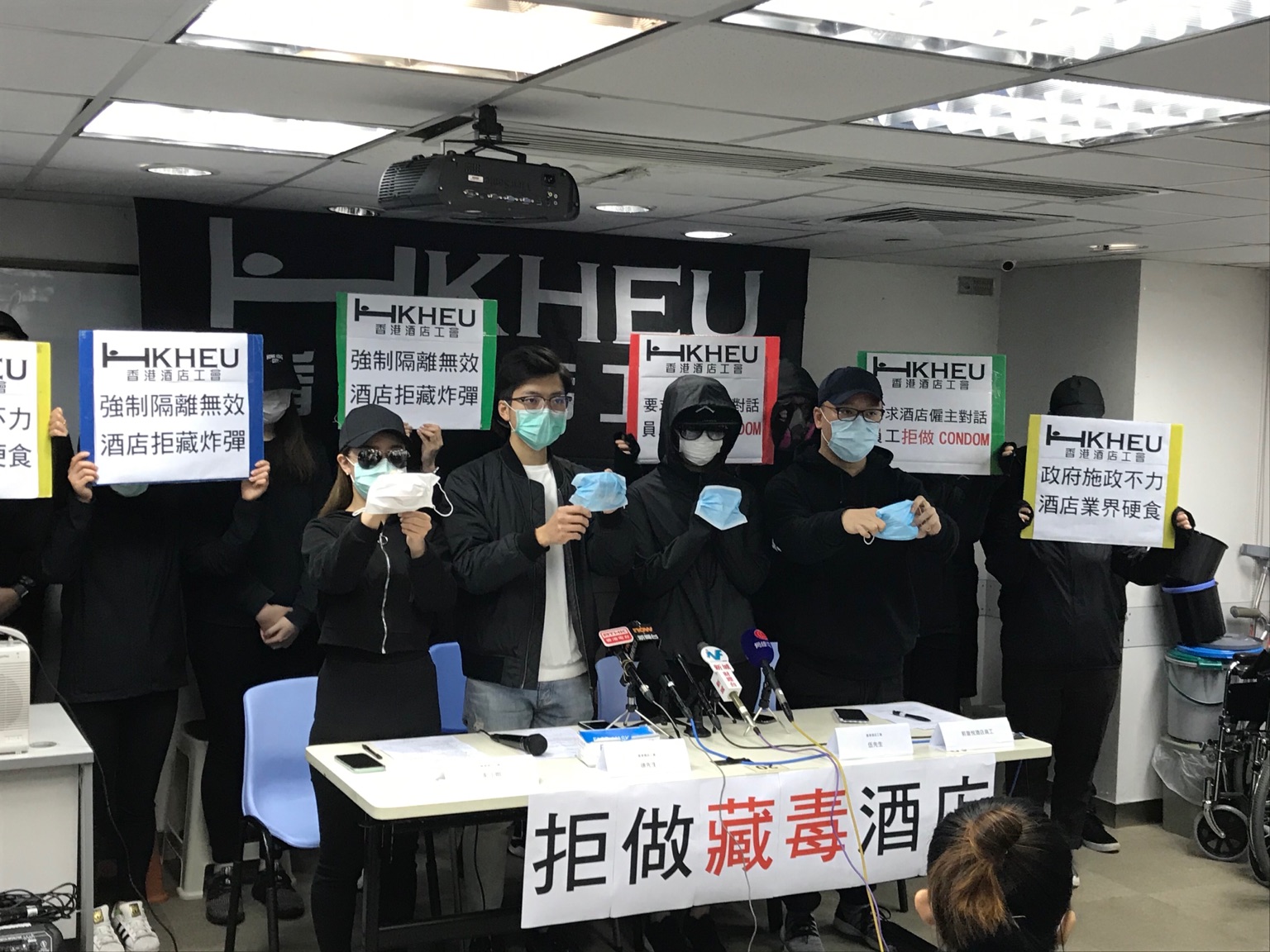 HKHEU called on the government to instead temporarily close the border between mainland China and Hong Kong, supporting the position of the Hong Kong Hospital Authority Employees Alliance. Hospital Authority Employees Alliance went on strike on February 3 after the government repeatedly refused to take stronger measures in response to the novel coranvirus. The Hospital Authority Employees Alliance demanded that the government close all border checkpoints with mainland China; make clear policies to ensure a supply of surgical masks and a safe working environment for employees; increase the number of isolation wards at hospitals; and provide adequate support for workers who take care of isolated patients.
HKHEU, formed in November 2019 to defend the labour rights and democratic rights of hotel workers, criticized the government response: “We already missed the opportunity to control the spread of the disease because the government’s response was so slow and stupid. When the public called for the closure of the border, the government did nothing. Now the new policy comes out after thousands of visitors have already arrived. But the most absurd part is using hotels as a quarantine facility. The government has simply put our lives at risk.”