Published: 02/02/2015
Members of Australia’s National Union of Workers occupying the International Flavours and Fragrances (IFF) factory in Dandenong ended their 5-day occupation by signing a new agreement which meets their bargaining demands and more. 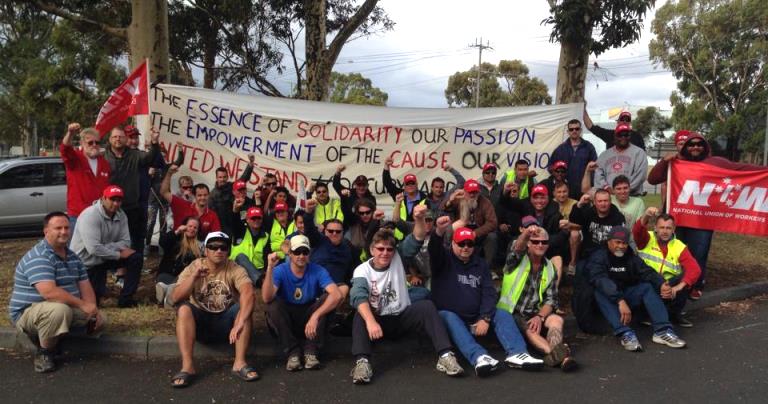 Faced with a united workforce backed by strong local community and national and international union support for their action, regional management flew to Australia to meet with the union. Workers ended the occupation and marched out of the factory on Friday night, January 30. On Saturday, negotiations began at the Fair Work Commission, and on Sunday workers voted to accept an agreement which brings a solid wage-increase over three years and retains all conditions which management had sought to erase.

The union has warmly thanked the more than 6,000 supporters who quickly responded to the IUF call for messages to the company.