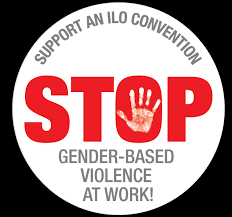 Workers worldwide can welcome the results of the first discussion on violence and harassment in the world of work at this year’s International Labour Conference. Against the strong opposition of the Employers Group, which was only prepared to support at most a Recommendation, the Standards Setting Committee decided that the fight against harassment and violence require a Convention, supplemented by a Recommendation.

A large number of governments supported the Workers’ Group position that violence and harassment, particularly gender-based violence, need to be urgently addressed through comprehensive action and in particular a Convention. Among the conclusions adopted by the Committee for which the IUF and its affiliates fought successfully are: a strong focus on gender-based violence and the need to tackle its underlying causes, including gender-based power relations; the need for integrated mechanisms ranging from prevention, monitoring, training and education, to enforcement, sanctions and support for victims; the impact of domestic violence on workers and the workplace; an inclusive definition of worker which applies irrespective of contractual status and includes informal sector workers, job applicants, trainees etc.; and recognition that violence and harassment are perpetrated by third parties such as clients and customers as well as by employers and workers.

The Committee’s conclusions stress that governments must respect and promote the ILO’s core Conventions, including freedom of association and collective bargaining, to eliminate violence in the world of work. And they emphasize the need for action to ensure the right to equality and non-discrimination for all workers, particularly the most vulnerable groups disproportionately affected by violence and harassment. Migrant workers regardless of their status and wherever they find themselves should also be protected by states from violence and harassment.

The Convention is not yet secure. The ILO will circulate the proposed text over the next two months for comments, and on that basis issue a report for renewed discussion in 2019. Unions will have to remain alert and mobilized to retain this year’s gains and secure the Convention we need.