Hotel housekeepers at the Ibis Batignolles Hotel, one of the rare hotels directly owned by the Accor group, have been on indefinite strike since July 17, 2019. The housekeepers are employed by the subcontracted service provider STN. They are paid by the room rather than by the hour. The work load is excessive and wages poor. And workers are being posted to other hotels to weaken the union and the strike.

The workers and their union CGT-HPE, the Parisian branch of IUF affiliate FCDS-CGT, denounce the inequality of treatment of subcontracted workers, who do not benefit from the same employment status as workers hired directly by the hotel (higher wages, food allowance, profit-sharing, incentives, various bonuses, etc.).

“This social dumping practice is unacceptable, and, as no discussion is possible with STN, the strikers at Ibis Batignolles are seeking to be employed directly by Ibis Batignolles”, explains the CGT-HPE trade unionist Claude Levy. The hotel housekeepers are also demanding the withdrawal of the Macron government’s pension reform. 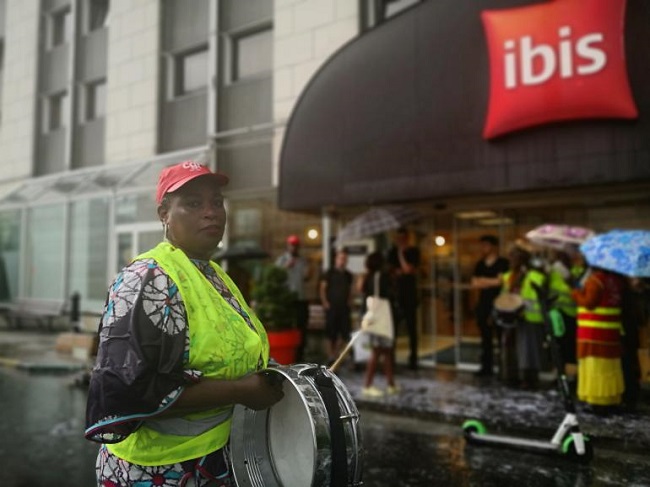