Action by the IUF-affiliated Hind Khet Mazdoor Panchayat has secured jobs for 570 agricultural workers in 4 villages in the state of Bihar’s Arariya District under the National Rural Employment Guarantee Act (NREGA), boosting income and livelihoods for some 1,850 people including family members. The 2005 NREGA is a government program to provide 100 days of paid employment on public works for unemployed rural workers. The workers are planting trees, building roads and constructing ponds for fish farming, creating the infrastructure which can generate future income for the community and helping to mitigate the impact of climate change. 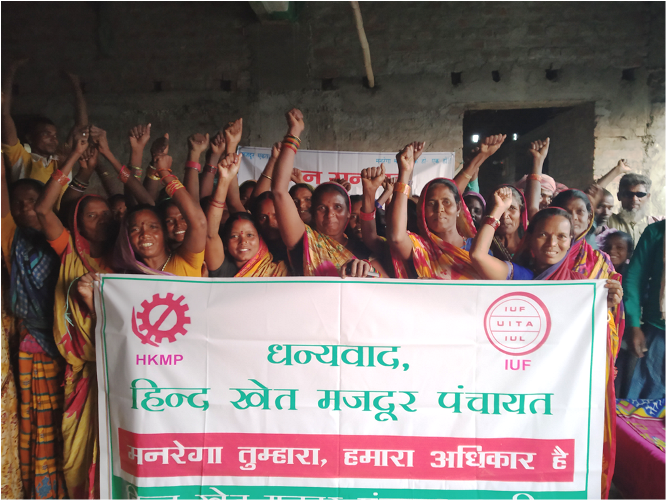 HKMP members submitted 1,489 written applications to government officials at the same time, demanding work under the NREGA – a first.  The collective action built pressure on officials, who don’t expect written applications and typically make verbal commitments on which they fail to deliver when faced with protesters demanding work. HKMP is organizing to build on this important win in other villages.