In the lead up to International Women’s Day 2015 thousands of women agricultural workers in Gujarat are holding mass meetings at district level to promote living wage rights.

The meetings are organized by Khet Mazdoor Sangh which is affiliated to the Gujarat Agricultural Labour Union (GALU), a member of IUF.

Among the rights demanded is equal pay for equal work and an end to wage discrimination between men and women. Greater protection of the rights of women who are the sole wage-earners in their families – including widowed women – will be promoted as vital to overcoming poverty wages, insecurity and discrimination. 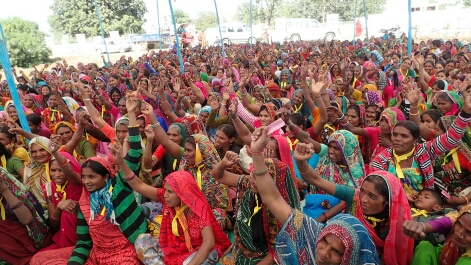