Published: 02/05/2014
On March 17, 14 union activists from the IUF-affiliated HEFOI Goa State Committee leafleted outside the Radisson Blu, in South Goa to spread news of the Housekeepers initiative to co-workers and passers-by. 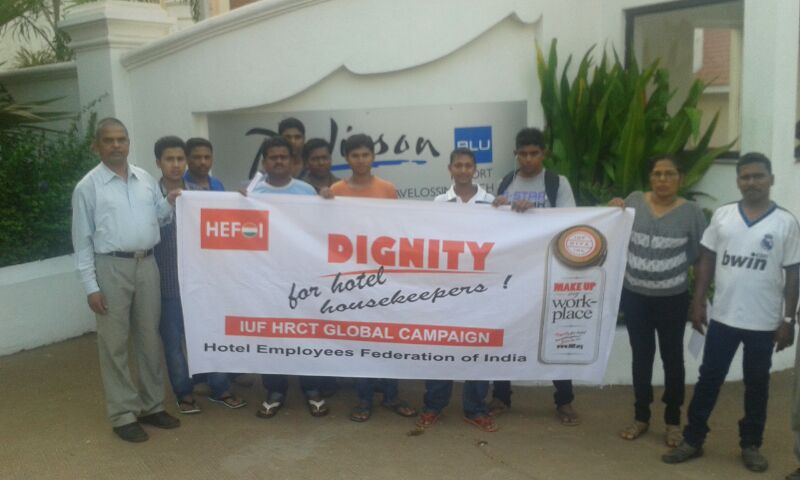 Two days later, the union committee m at The Trident/ Oberoi hotel in Mumbai distributed information on the goals of the initiative to housekeepers. 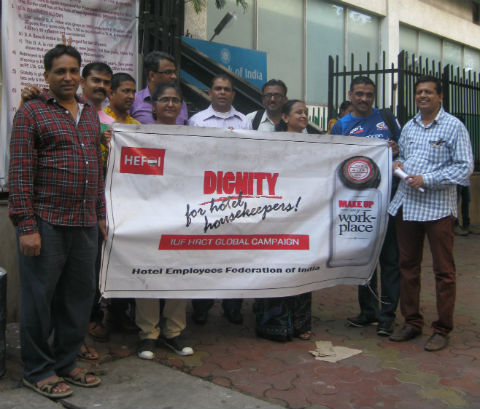 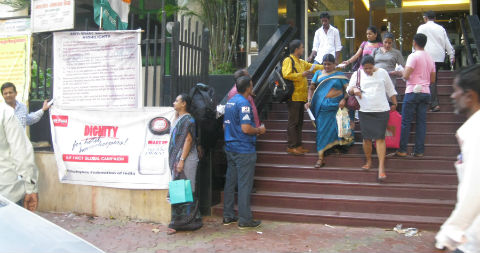