The IUF-affiliated SBPSI continues to fight for permanent, secure jobs at the Lampung, Indonesia crabmeat factory of US-based Phillips Seafood. Under the company’s brutal precarious work regime, where workers are hired and fired by text message, workers with as many as 15 years of service are still denied permanent employment contracts. For the past two years, the union has been fighting for permanent status for over 100 precarious workers and union members.

Following management’s refusal to negotiate the workers’ employment status in good faith, the union has now taken the issue to mediation at the local Labour Office, where company management has asserted that they have no authority to negotiate on the issue and that only the US owner can decide! The union continues the struggle with the support of the IUF and the Lampung Workers’ Union Federation. 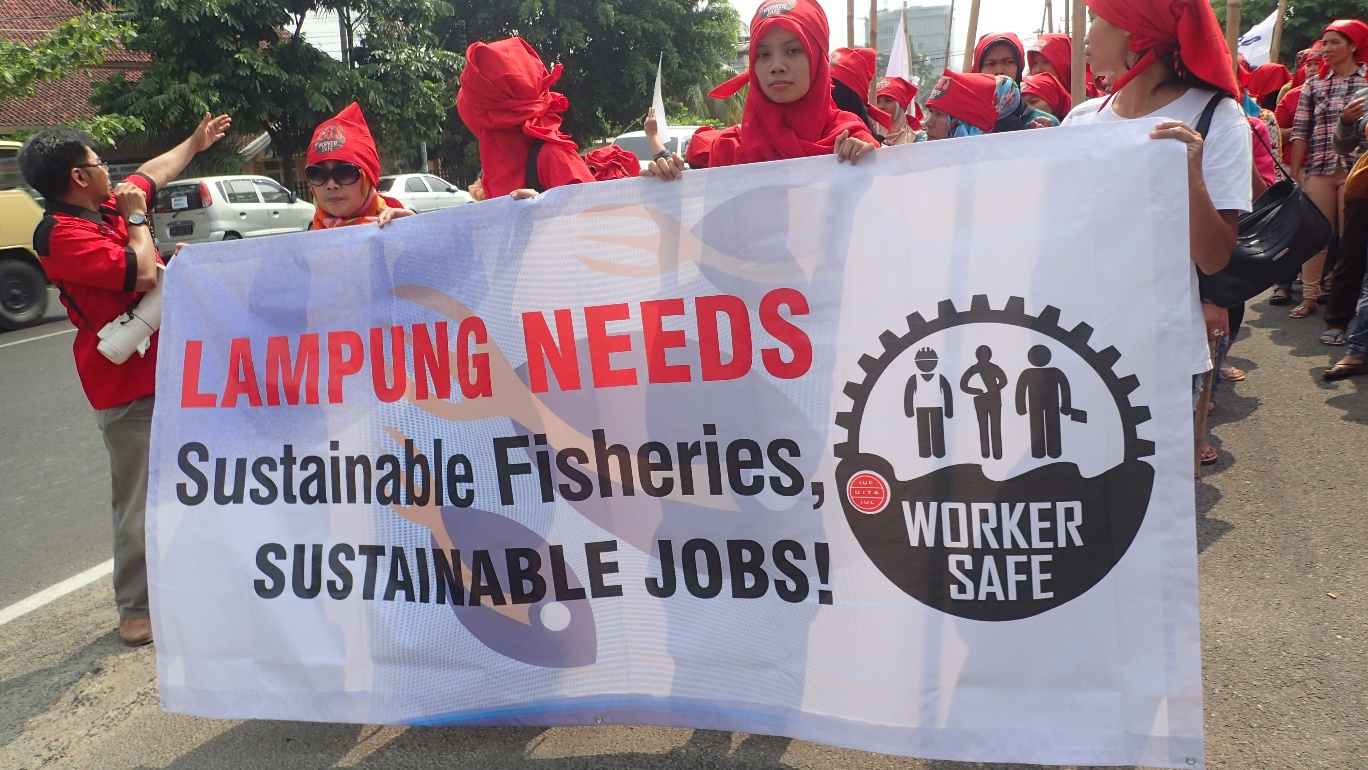