The IUF-affiliated independent food and beverage workers federation FSBMM is escalating the fight for rights at seafood processor BMI. On October 7, FSBMM members held a protest at the company’s business headquarters in Surabaya to demand an end to syastematic wage theft, underpayment of the minimum wage and the company’s denial of workers’ access to the mandatory national health insurance program. Sworn testimony by BMI management along with workers’ testimony at the trial of Reni Desmiria, union secretary at the company’s plant in Lampung, confirmed a systematic pattern of abuses.

Daily protests by FSBMM and the federation’s member union at the Lampung plant continue, with the participation of Reni, who was released last month after serving 6 months in prison. BMI had sought to have her jailed for up to six years after she enrolled workers in the health insurance scheme. 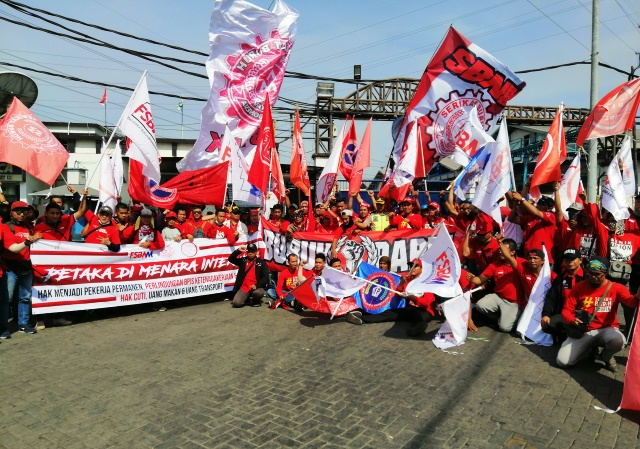