The national hotel workers’ federation, FSPM, held protest actions at a major international hotel in Bandung as part of the global housekeeping campaign.

Precarious employment is prevalent at the hotel where the vast majority of workers are hired on revolving fixed term contracts.

Housekeepers in particular face extreme insecurity with uncertainty about work schedules and whether their employment contracts will be renewed. This has caused increased stress levels in addition to significant health and safety problems. 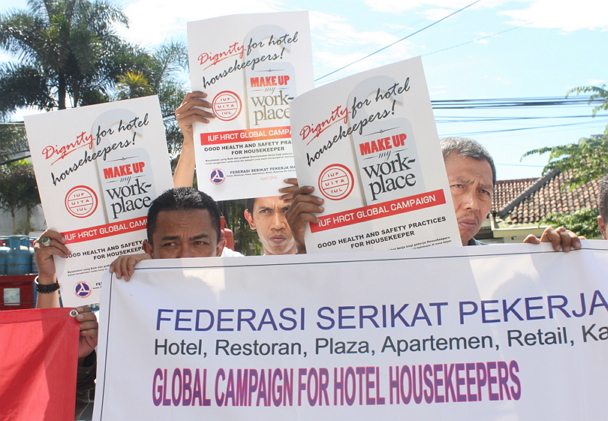 There were also protest actions in Jakarta in support of the IUF global housekeeping campaign. 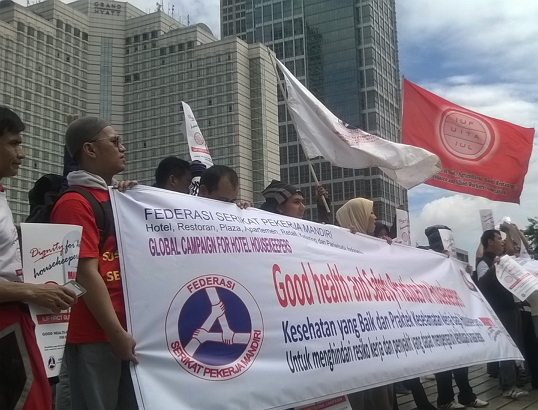