2300 workers, of which 80% are women, work for BMI but few have permanent regular employment. For the majority, daily piece rates based on the weight of the shrimp or crab caught under a ‘no work no pay’ system has led to poverty wages and an absence of social protections.

Workers formed a union in 2012 to challenge abusive employment practices. The company responded to workers’ demands with intimidation and discrimination against union supporters. The union chairperson and education secretary were dismissed. Union members, supported by the workers from other plants are now protesting and holding pickets organized by the local IUF affiliated union federation Federasi Serikat Buruh Lampung (FSBL). 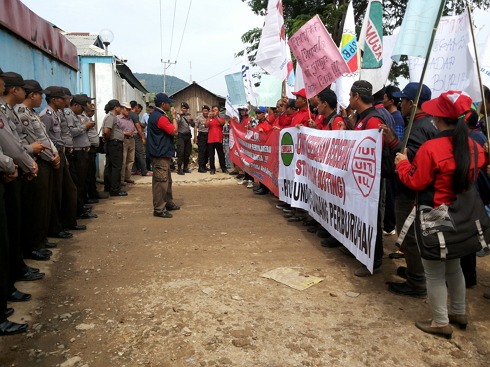