IUF affiliates UFCW and UNIFOR hosted the delegation in Toronto, which met with UFCW Local 175 that represents Coca-Cola workers, visited UNIFOR leaders in Toronto and was welcomed by UNIFOR members in the Brampton Coca-Cola plant.

Both unions pledged ongoing support to the workers’ struggles in these five countries and to IUF members throughout the Coca-Cola system struggling for their rights.

The delegation is scheduled to end its solidarity tour of Canada at the annual meeting of the Canadian Soft Drink Workers Council in Halifax, Nova Scotia, where they will meet union representatives from Coca-Cola plants throughout Canada. 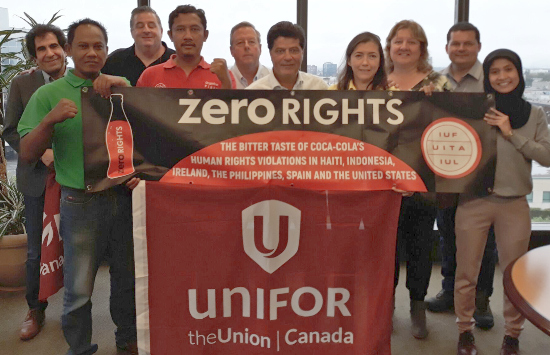