Published: 15/03/2018
International union delegates to IUF meat and dairy division steering meetings in San Francisco, USA showed their support for the struggle for decent jobs at Phillips Seafood Indonesia with an informational picket at one of Phillips’ principal US retail outlets, CostCo, on March 14. IUF General Secretary Sue Longley, IUF Latin American Regional Secretary Gerardo Iglesias, IUF President Mark Lauritsen, IUF Assistant General Secretary James Ritchie and union representatives from the Americas, Europe, Australia and New Zealand gathered outside the San Francisco CostCo store to distribute a leaflet exposing the poor conditions at the company’s factory in Lampung Indonesia, where for over two years the union has been demanding permanent jobs for over 100 women, a majority of whom have worked there continuously as casuals for over 15 years. 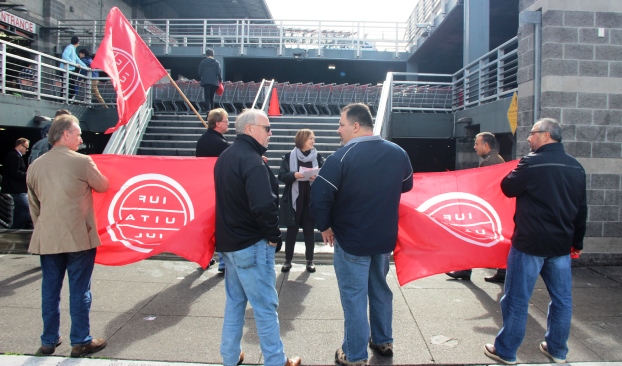 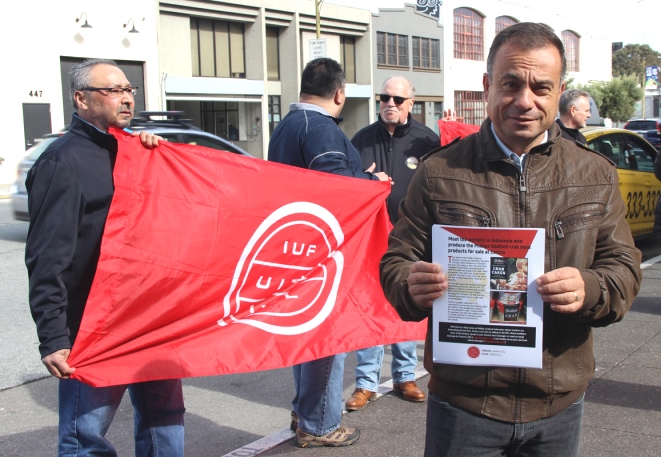