Published: 19/11/2014
IUF members around the world continue to show solidarity with the Hong Kong democracy movement and the Hong Kong Confederation of Trade Unions, whose members took strike action on September 29 in support of the movement and remain actively involved. 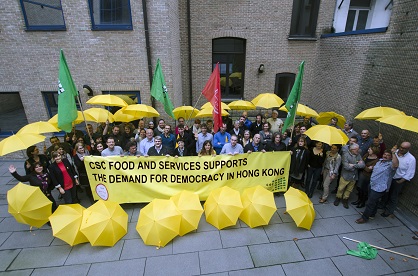 Most recently, on November 17, the IUF-affiliated ACV-CSC food and services union in Belgium declared their solidarity and support for their Hong Kong trade union colleagues and “the fight of the people of Hong Kong for democratic elections.”

The movement will be seeking new ways to press their demands for greater democracy and equality as the official policy of both the Beijing and Hong Kong governments remains unchanged: candidates for the 2017 election to the position of Chief Executive will have to be approved by a pro-business, pro-Beijing committee of the Hong Kong elite. Chief Executive Leung Chun-ying declared that democracy was objectionable because it would open the way for political involvement by the poor. “You would be talking to half of the people in Hong Kong who earn less than $1,800 a month. Then you would end up with that kind of politics and policies”, Leung told the New York Times.

The IUF will be sending a solidarity delegation to Hong Kong in December. 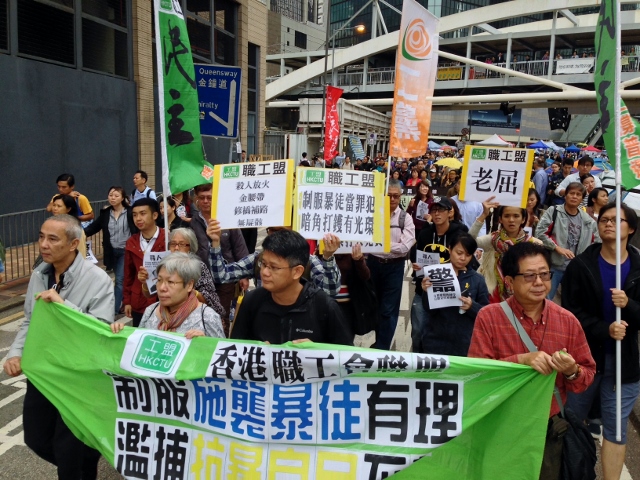 On November 17, HKCTU members and leaders took part in the public protest against the police treatment of attacks on Occupy activists.