An international union delegation of representatives of the IUF, IndustriAll, PSI and the ITUC held a demonstration in support of the independent trade union movement at the Geneva diplomatic mission of the Republic of Belarus on April 18. The government continues to victimize and harass members and leaders of independent unions, most recently through a criminal investigation against two leaders of the electrical workers’ union REP, Gennady Fedynich and Ihar Komlik. REP, affiliated to the independent national Congress of Democratic Trade Unions, played an active role in organizing protest last year against a notorious presidential decree imposing a tax on the unemployed.

In an earlier wave of repression, in 2004 the leadership of the IUF-affiliated Agroindustrial Workers Union (AIWU) was removed and replaced with state officials. As a result, the AIWU lost its independence and its membership of the IUF. A sister organisation of REP in the Congress of Democratic Trade Unions, the multi-industry BITU, has recently affiliated to the IUF through its catering and food-processing membership. 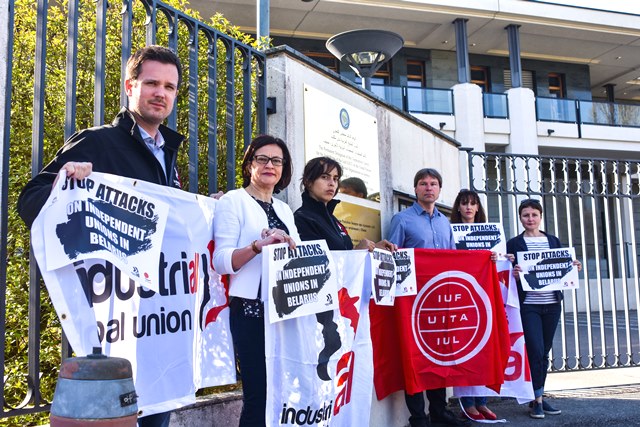