Published: 01/12/2014
Fifteen thousand food and farm workers filled the streets of Rome on November 29 in a protest against the Renzi government’s proposed Jobs Act which will make it easier for companies to downsize, lay off workers and make wider use of precarious contracts in the name of greater labour market ‘flexibility’. The action was organized by the IUF’s affiliates FLAI-CGIL and UILA-UIL. 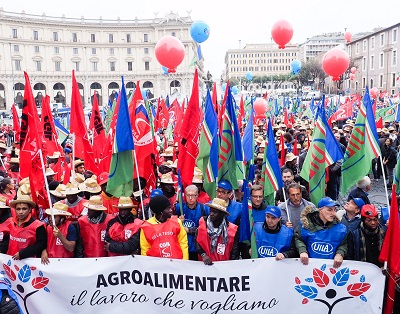 More union actions are planned, including a general strike in December.