Home/News/Italian unions mobilize for ‘A future for work!’

Hundreds of thousands of trade union members from across Italy came together in Rome on February 9 for a demonstration called by the three largest national union confederations demanding the ‘populist’ government act to ensure ‘A future for work!’ 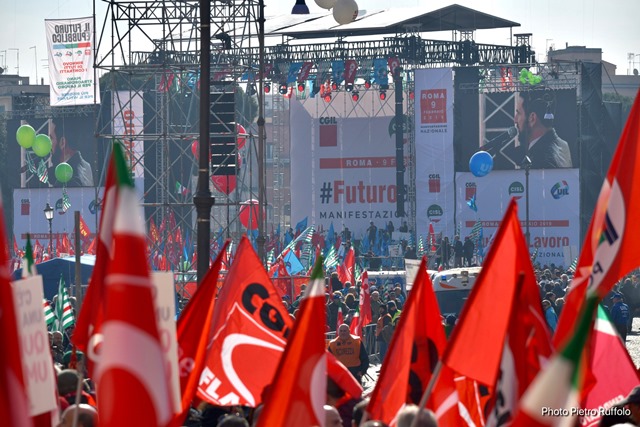 Unemployment in Italy is the third highest in the European Union after Greece and Spain; youth unemployment, officially at nearly 17%, is double the EU average. Despite their election campaign’s demagogic social promises, the 5 Star/League government’s new budget law includes no measures to stimulate job creation, address the growth in poverty or secure pensions. The unions are jointly calling for a massive government-led investment program and active measures to promote women’s employment through increased child care services and improved work-life balance, among other measures, to combat unemployment and reduce poverty and precariousness.