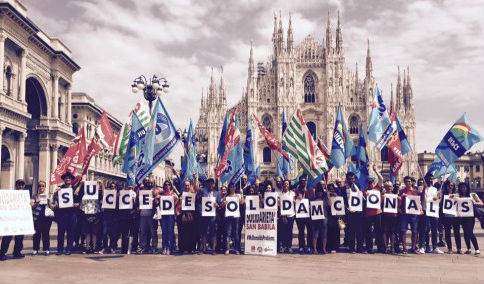 Earlier this year, management of the McDonald’s restaurant in central Milan, Italy informed on-duty employees that the restaurant would be closing the following day and that 46 of the 50 workers would be transferred. The remaining four, two union members and two union representatives, were dismissed. The IUF-affiliated Italian unions Filcams-Cgil, Ficascat-Cisl and Uiltucs-Uil fought back with a series of demonstrations and filed a lawsuit against McDonald’s Italy for illegal anti-union activities and unlawful dismissal of the four trade unionists.

On November 12, the Labour Tribunal confirmed these violations and ordered McDonald’s to immediately reinstate the 4 union workers dismissed on July 20.