IUF affiliates have responded quickly to threats by the Hong Kong government to prosecute independent trade union leaders for their active role in the democracy movement. On January 17, Hong Kong Confederation of Trade Unions general secretary Lee Cheuk-yan was questioned by the police, accused of inciting, convening and participating in unauthorized assemblies (criminal charges with potentially severe sentences) and told he could be prosecuted at any time. Mung Siu-tat, the union’s chief executive, will be formally questioned on January 22. 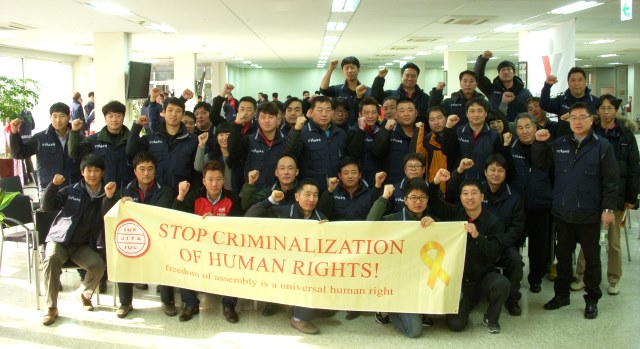 On January 20, IUF Korean affiliates at Coca-Cola in Anyang 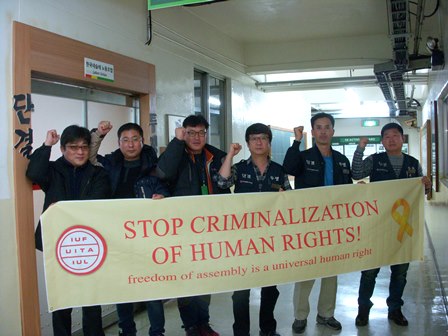 and LOTTE-Nestlé Korea in Cheongju City rallied to show their support.

The following day delegates to the Congress of the Indonesian hotel and tourism federation FSPM showed their support for Hong Kong’s independent trade unions and commitment to defending the democracy movement.