For the first time in the over 20-year history of international labour relations at Danone, trade unionists representing Danone workers from all over the globe attended this year’s meeting of the Danone Council for Information and Consultation (CIC), transforming it into a truly international structure.

The meeting which took place in Geneva on 12-14 October 2009, however, was the first truly global union/management meeting, representing a breakthrough in international labour relations and the realisation of long-standing demands of the IUF and our affiliated unions.

For Ron Oswald, General Secretary of the IUF, “As a result of this achievement, all of our member organisations representing Danone workers, whether in Africa, Asia, Latin America or North America, can now join their fellow trade unionists in Europe in building a platform for discussion with this company at global level. It is not surprising that the first company to implement this type of labour relations structure should be Danone, as a way to advancing the dual economic and social project which it sees as key to its sustainable success. We would hope that this becomes a model for other transnational companies in our sectors which play an increasing role, exercise more power than ever and have a greater impact on both the livelihood and well-being of our members, their families and the communities in which they live.” 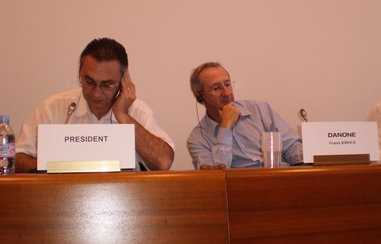 The 60 participants from 20 countries representing Danone workers organised in 28 trade unions were overwhelmingly satisfied with the meeting, enthusiastic about the level of information they received and the lively exchange with management. As a concrete outcome of the meeting, Danone management agreed to take on board the proposals made concerning trade union involvement in Danone national- and plant-level health and safety programmes and to begin discussions with the IUF on an international framework agreement concerning stress in the workplace. 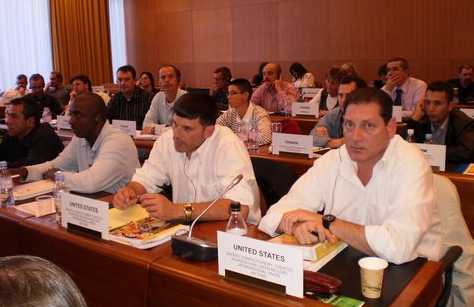