Published: 30/11/2016
Unions around the world showed their solidarity with the general strike in Korea organized by the KCTU on November 30, including over 100 trade unionists from international and national trade union organizations who rallied in Geneva. The Korean union confederation is demanding an end to anti-union repression and the immediate resignation of President Park Guen-hye. Over 200,000 KCTU members took part in the strike. 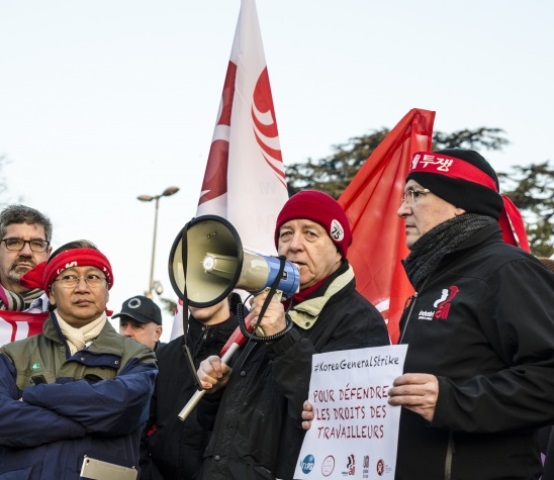 International union federations based in and near Geneva – IUF, BWI, IndustriAll, PSI and Uni – gathered in front of the United Nations and marched to the Korean Mission to deliver a joint letter supporting the KCTU action, condemning the ongoing crackdown on trade unions and democratic rights and demanding the release of all imprisoned trade unionists. The mission refused to meet a delegation but the letter was nonetheless delivered. Joining other general secretaries in addressing the crowd to demand an end to repression, IUF General Secretary Ron Oswald recalled the death of farmers’ leader Baek Nam-gi and the need to hold the authorities accountable. 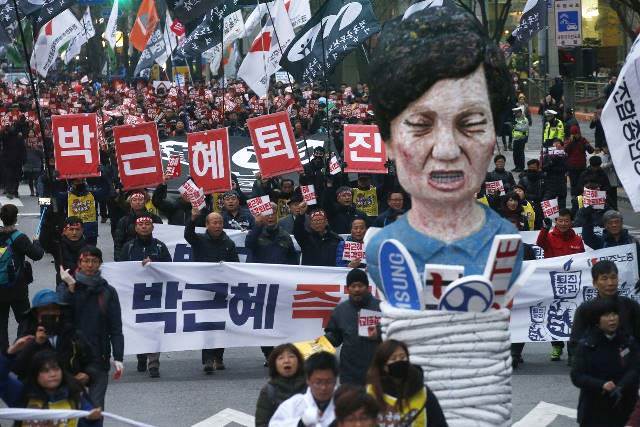