Published: 20/06/2017
The IUF organized a demonstration and press conference in Geneva on June 13 to highlight ongoing, brutal violations of fundamental worker rights by the government of Algeria. With the support of Swiss and international union organizations, trade unionists who travelled from Algeria to Geneva for the International Labour Conference at the ILO (June 3-16) called for an end to the systematic government repression of workers seeking to organize independent trade unions (click here to see the press conference).

Since 2001, independent unions including the IUF affiliate SNAPAP have been compelled to file formal complaints with the ILO. In May this year, the government revoked the legal status of the independent energy workers’ union SNATEGS, whose members and leaders have been sacked from their jobs and face legal charges in retaliation for their union activity. 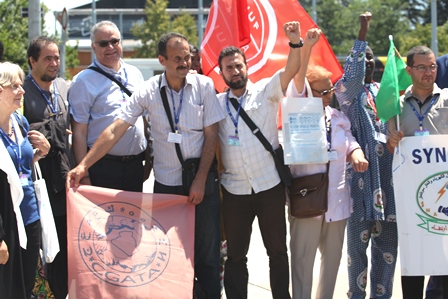 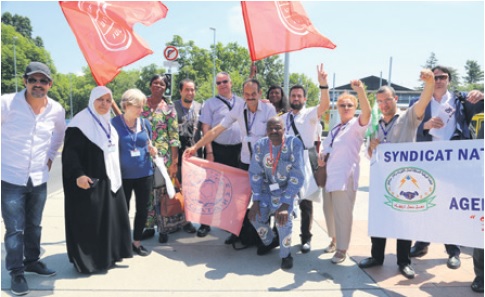