Published: 17/08/2018
On August 13 members from IUF affiliates, including supporters from the IUF’s affiliate BCTGM from across the USA and Unite Here’s Las Vegas Local 226, put the spotlight on The Coca-Cola Company’s multiple human rights abuses in an action outside the flagship Coca-Cola store on the Las Vegas strip. They were joined by IUF President Mark Lauritsen, BCTGM President David Durkee and BCTGM Secretary Treasurer Steve Bertelli.

In conversation with the union members, customers and passersby expressed surprise at the contradiction between Coca-Cola’s claim to respect the human rights of the 700,000 workers in the global Coca-Cola system and the Company’s ongoing human rights failures.

For more information see Coca-Cola is becoming a serial human rights offender – in Haiti, Indonesia, Ireland, the Philippines and the United States. 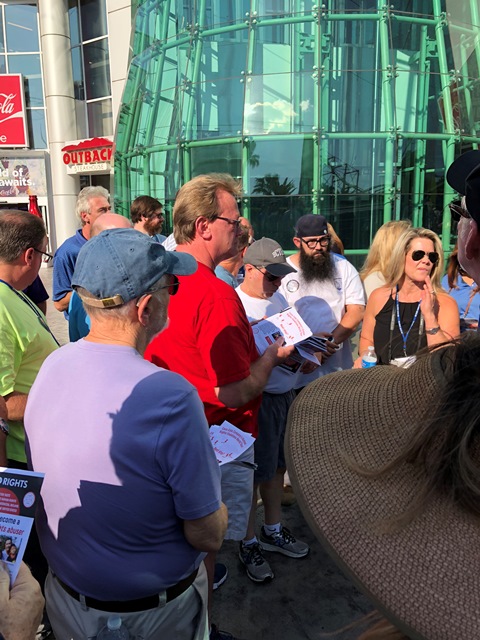