Published: 16/03/2018
On March 8, International Women’s Day (IWD), IUF affiliates around the world took action to demand EQUALITY NOW! They also strongly underlined the need to stop violence against women at work and in society. 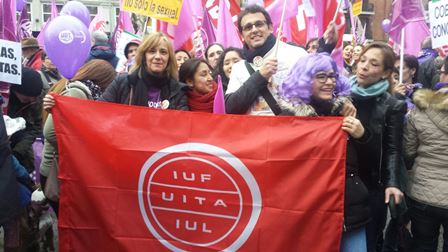 In Europe, women of  the IUF Spanish affiliates joined with their sisters in the national centers UGT and CC.OO in a 2-hour national women’s strike and nationwide demonstrations highlighting the gender pay gap, discrimination and violence against women gathering 500 000 people in over 120 cities.

Women workers in other European countries marched and demonstrated in support of equality. In North America, IUF affiliates celebrated IWD, some of them underlining their support for an international Convention at the ILO to stop violence against women at work. 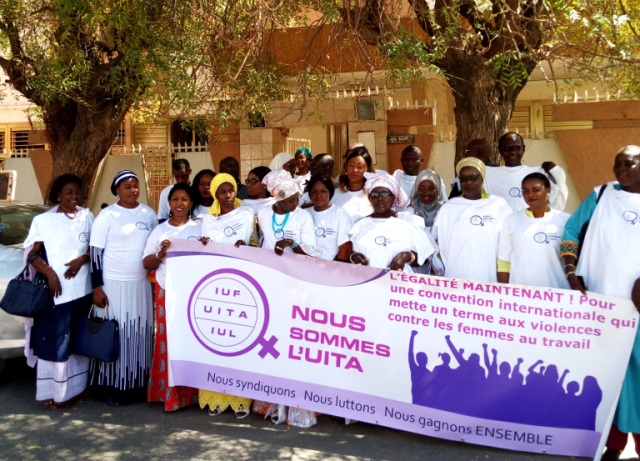 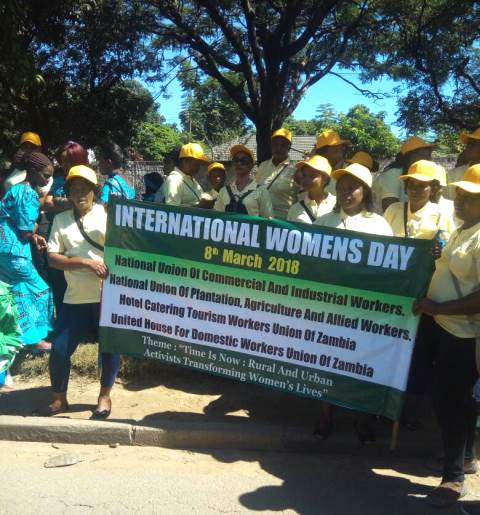 In Africa, among the activities organized by affiliates, unions in Ghana and Senegal organized activities on the prevention of sexual harassment and gender-based violence. In Zambia, Togo and Uganda affiliates rallied around the theme of women empowerment through work. 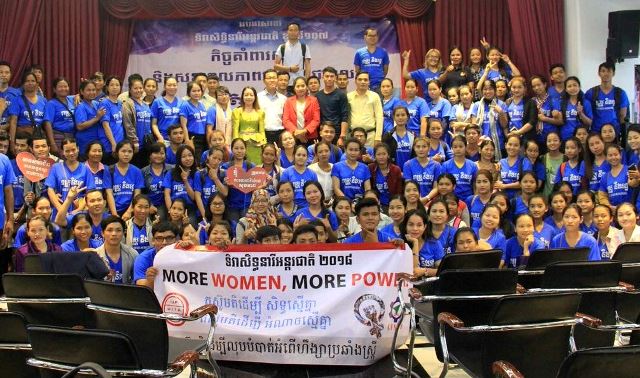 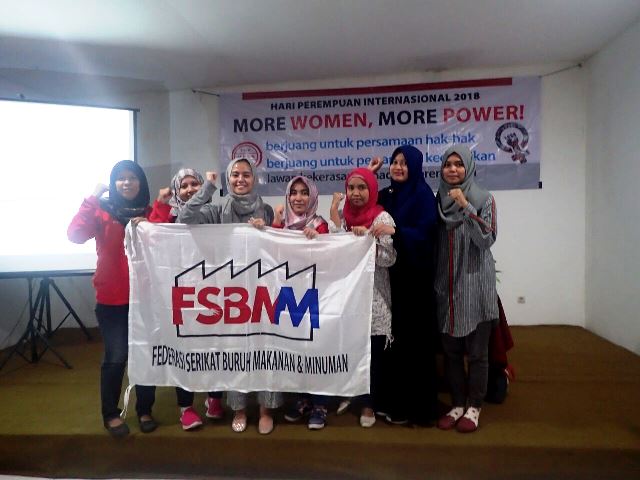 In Asia Pacific, IUF affiliates celebrated IWD under the common theme “More Women, More Power” by organising activities including training and seminars in Australia (on gender inequality), Cambodia (on the national campaign to raise awareness on healthcare and social protection as basic rights for women workers), Indonesia (on collective bargaining and women’s rights by the recently formed independent federation of food workers), Myanmar (agricultural workers). Fighting violence against women was the central IWD theme for the HLOB union in Myanmar, the Sindh Nari Porhiat Council in Pakistan, the FSPM federation in Indonesia, women workers at Nestlé Karwang Indonesia, and IUF affiliates in Japan. Rallies and demonstrations took place in Australia, Nepal, Korea, Philippines, India (dairy, fisheries, plantation and agricultural workers), Thailand (hotel, fast food and Unilever workers) and Pakistan (Coca-Cola workers), among other celebrations. Dita Nur and Shruti Patidar from the IUF Asia/Pacific secretariat were guests of the IWD rally organized by unions in Melbourne, Australia – you can see excerpts in the video produced by the National Union of Workers here. 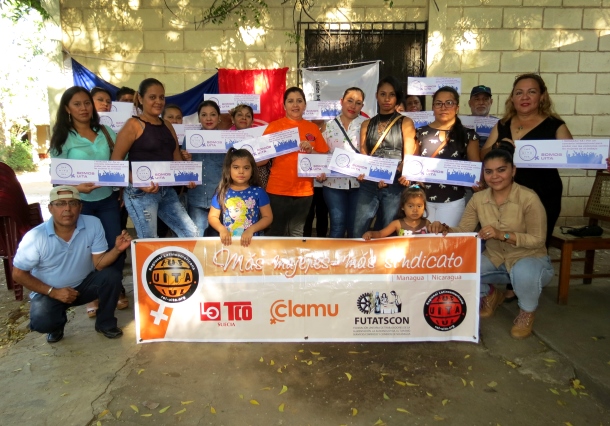 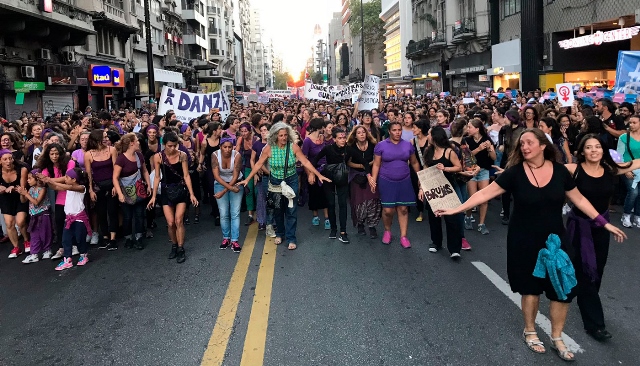 In Latin America, IUF affiliates attended massive demonstrations in Nicaragua, Brazil and Uruguay, as well as in Argentina with members of the Regional Women’s Committee (Clamu). In Peru, women marched in the streets urging the state to seriously address violence against women. For IWD, Clamu produced a video on violence against women and you can read the Equality Now! call to action by IUF Women’s Committee chair Patricia Alonso here.