IUF general secretary Sue Longley called for increased efforts to eliminate child labour in agriculture, emphasizing that “We have not seen the decline in child labour that has been seen in other sectors. On the contrary, figures issued last year showed an increase of 10 million children working in agriculture since the previous estimates from 2012.” 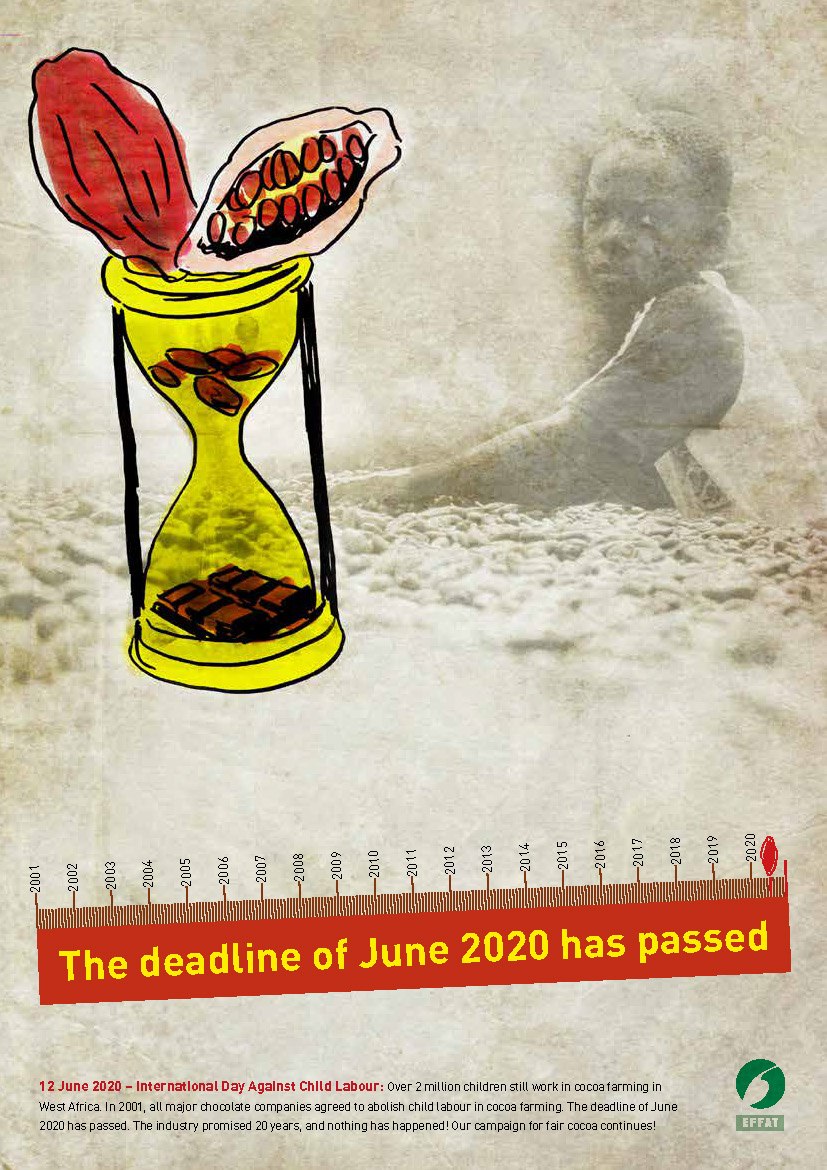 Click here to read ‘Child Labour – The Bitter Side of Chocolate’ from our Austrian affiliate PRO-GE (in German).