Today police were deployed at the funeral hall where the family of Baek Nam-gi is attempting to hold a ceremony following his death on September 25 after 317 days in a coma. The police continue to demand his body be surrendered for an autopsy. Trade unionists, farmers, nurses, students, monks, and civil society and human rights organizations continue to support Brother Baek’s family in their refusal to hand over his body. Thousands of supporters gathered at the funeral hall, leading to a standoff with the police throughout the day. The police finally withdrew at 6 PM.

Last week the 13th IUF Asia/Pacific Regional Conference called for justice for Brother Baek Nam-gi and condemned the attempts by the police to manipulate his cause of death through an autopsy designed to clear themselves of responsibility. 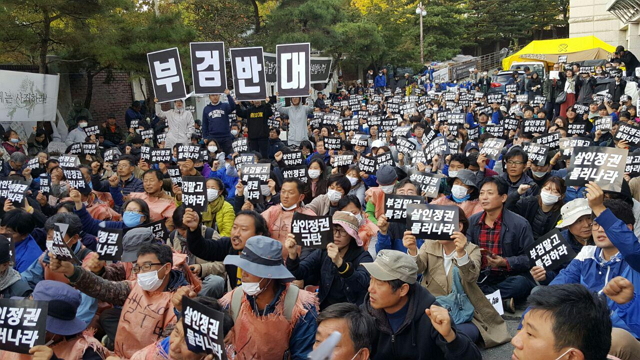