In Korea as in many countries women employed through labour hire agencies face job insecurity and uncertainty in work schedules, making them more vulnerable to the poor working conditions faced by housekeepers.

Make Up My Workplace pamphlets in Korean language were distributed outside Accor’s Novotel Doksan in Seoul. 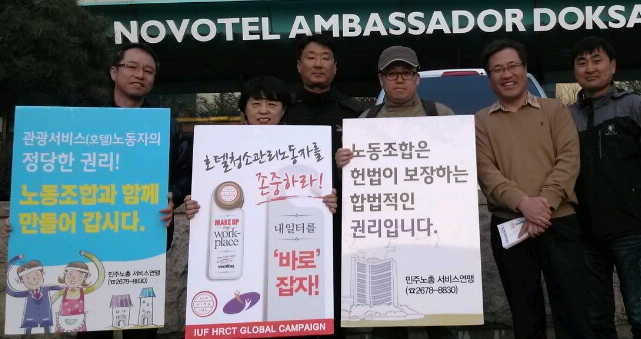