School food service workers joined a second strike by precarious school workers on November 29 in a long-running fight for wage equality with regular workers and an end to discrimination in working conditions.

The striking workers, which included members of the IUF-affiliated Korean Women’s Trade Union, also demanded fixed meal allowances, bonuses and holiday pay. Precarious workers employed at 1,000 schools nationwide joined the one-day strike which was organized by the National Council of Irregular Workers at Schools, an alliance formed by the KWTU and two other KCTU affiliates in February 2012. 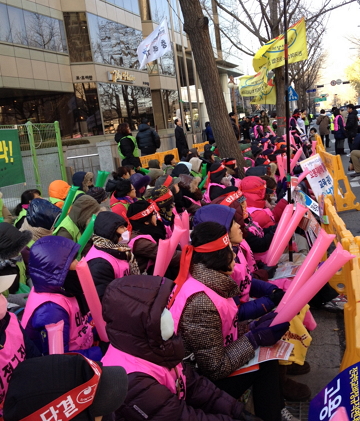