Home/News/Lactalis workers in Germany strike for a collective agreement 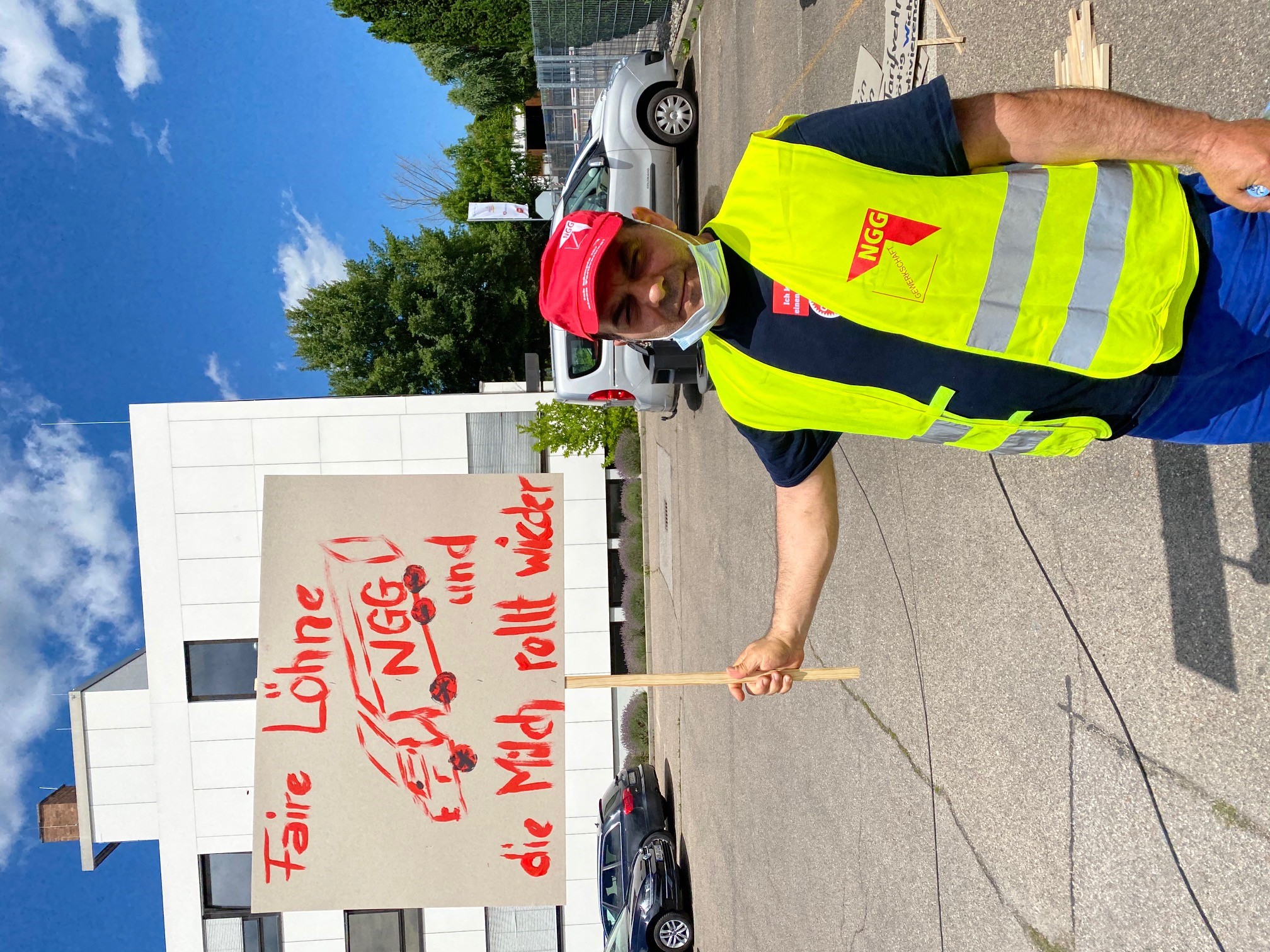 Workers at the Lactalis owned Neuburger Milchwerke dairy factory in Bavaria held a warning strike on July 6 after the company refused to set dates to enter into collective bargaining. The 108 employees who were on duty stopped work for four and a half hours and promised that all 250 members of the IUF affiliated NGG would be involved in strikes the following week if the company continues to avoid collective bargaining.

Neuburger Milchwerke is part of the Omira Group and when it was acquired by Lactalis in 2017, the company promptly left the employers association. This was an early signal  it intended to exit the sector wide collective agreement.

Since the Lactalis takeover, new employees have been hired on inferior terms and conditions of employment. Workers at the factory are seeking justice for all workers through uniform terms contained within a collective bargaining agreement.

The NGG in Bavaria has called for negotiations for recognition of the dairy CBA in Bavaria or a company agreement which is no less favourable.

The current CBA expires at the end of September.