The IUF-affiliated TEAM (Tourism Association of Maldives) has been actively mobilizing to defeat proposed changes to employment law which would weaken the country’s few existing worker protections at a time of crisis and set back the fight for basic rights in the country. Maldives has no legal industrial relations framework based on trade union and collective bargaining rights, only an Employment Act which is not fit for purpose.

Changes to the Employment Act drafted by the Ministry of Economic Development in February would facilitate mass retrenchment and the targeted dismissal of union members and enhance employer discretion in distributing the service charges on which workers depend, among other measures. The changes were unilaterally introduced, excluding TEAM and other unions, and the government has not responded to union concerns. 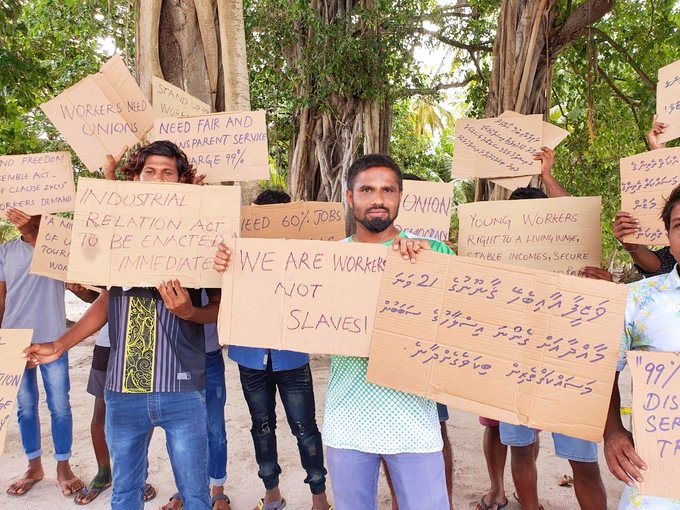 TEAM has been holding rolling protest actions across the island resorts to raise public awareness of the impact of the changes on workers in the tourism-dependent economy.

The IUF and TEAM have highlighted the absence of rights and the need for a labour code based on union rights and recognition through complaints to the ILO Committee on Freedom of Association,