Thousands of airline catering workers demonstrated at 17 major airports across the United States on November 26 to demand a living wage and affordable health care; hundreds were arrested in the mass protests.

Coordinated by the IUF’s affiliate Unite Here, the marches, pickets and sit-ins targeted the highly profitable American Airlines, urging the company to pay more to its catering contractors to enable increased wages and affordable medical insurance. 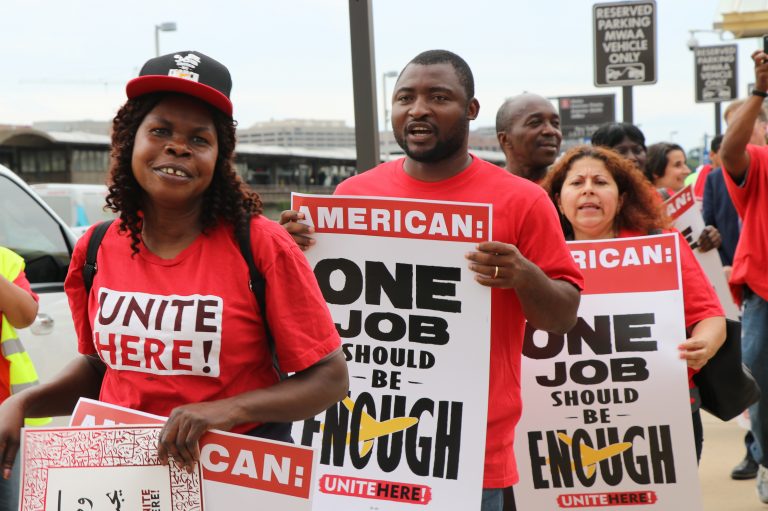 Poverty wages and inadequate health coverage are one of the seamy sides of the airline industry invisible to travelers. One in four catering workers earns less than USD 12 per hour; it is common for workers to work several jobs and depend on relatives for housing; some are homeless.

Airline catering workers at 33 U.S. airports voted overwhelmingly to strike in June this year but must be ‘released’ (authorized) to do so under U.S. law while federal mediation of contract negotiations continues.