IUF affiliates continue their daily protests demanding the release from prison of Reni Desmiria, secretary of the SPBMI union of workers at seafood processor Bumi Menara Internusa (BMI) in Lampung, Indonesia. On July 4, IUF unions affiliated to the independent foodworkers federation FSBMM from across Indonesia again demonstrated outside the BMI factory gates and then took their demonstration to the provincial government office. They were joined by members of the independent hospitality federation FSPM, who travelled 240 kilometers by bus to join the action.

After Reni returned from maternity leave last year and began enrolling BMI workers in the mandatory government health insurance scheme, the company engineered her arrest on May 17 and is demanding the maximum sentence of 6 years’ imprisonment in retaliation. Reni submitted a fake high school certificate when she first applied for work at BMI 8 years ago, but only after she organized a significant number of workers in the health scheme did the company move to have her arrested and prosecuted. BMI has told Reni she can be released if she resigns from her job and her union position; she has refused. 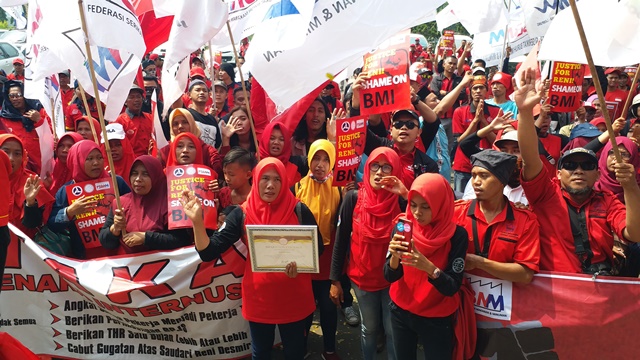 At the July 4 rally Reni received a gold certificate for courage from the IUF Asia/Pacific regional secretariat, which was received by SPBMI on her behalf.

The IUF has protested this outrageous violation of freedom of association to the government of Indonesia and is urging importers of BMI products to pressure the company to stop the victimization. 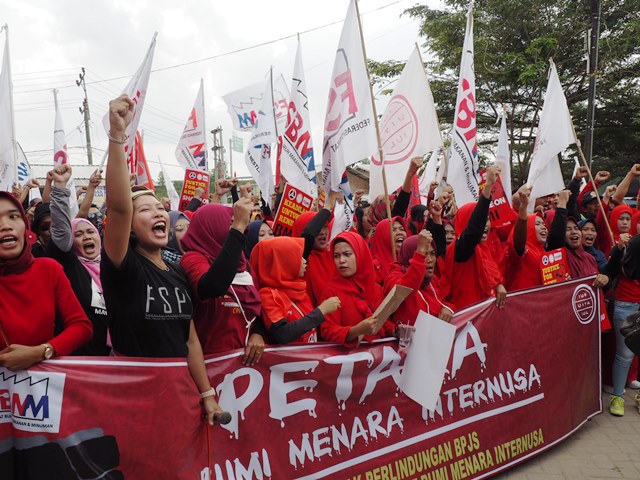 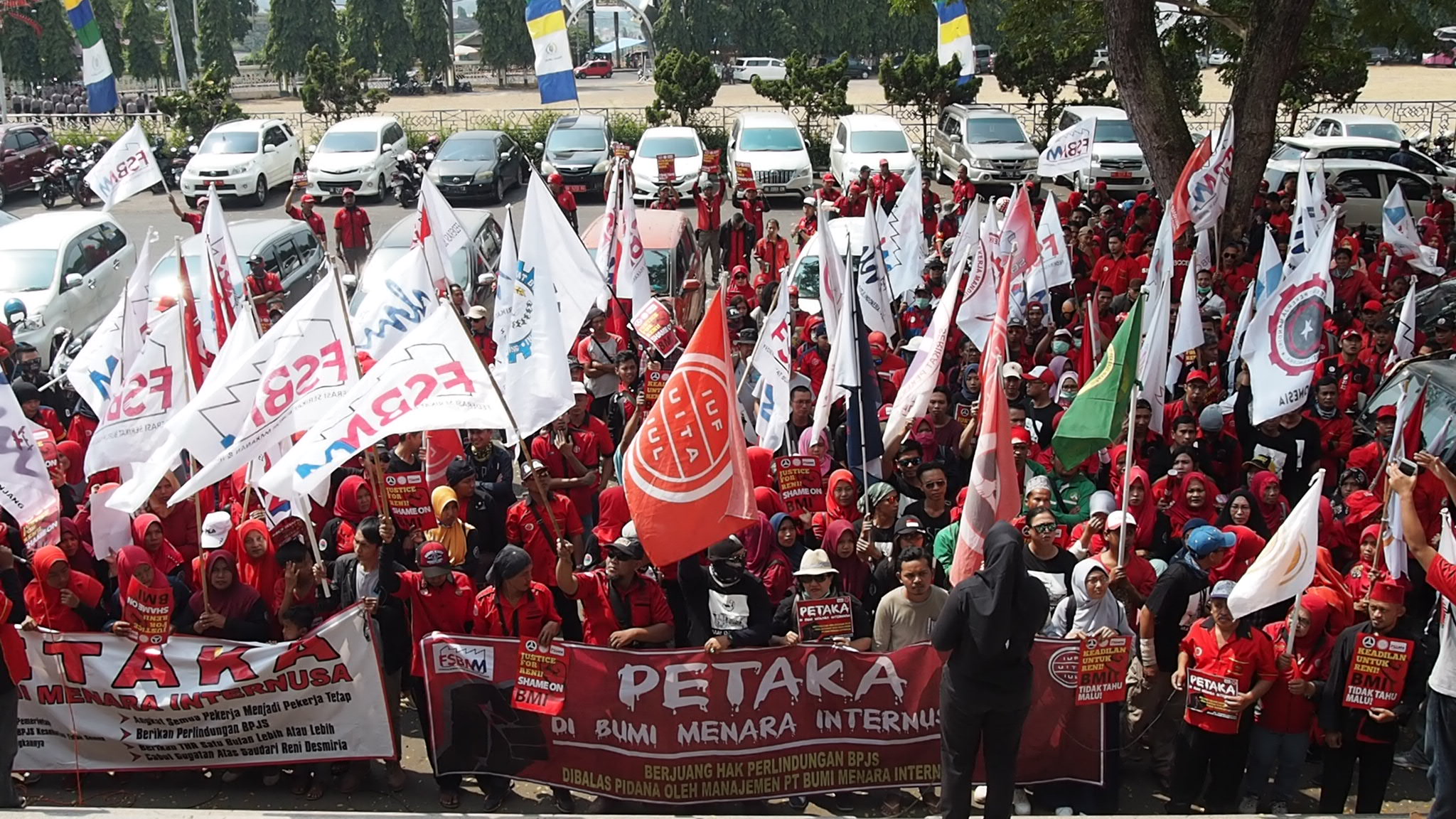