Thousands of tea workers in the Central Province of Sri Lanka have mobilized to demand a living wage. Their current daily wage of 500 Rupees (USD 2.90) falls below the poverty line, undermining their human rights to food, education, and health. Workers are demanded a daily wage of 1,108 Rupees (about USD 6.50) per day to meet the basic needs of their families. In response the plantation companies offered to increase wages by only 50 Rupees, which simply perpetuates poverty wages. Workers from 25 plantations in Kandy, Matale and Nuwara Eliya responded with mass protest actions.

On September 23 seven unions, including the National Union of Workers, held a mass rally in Talawakelle in Nuwara Eliya, and every day since then workers have held protest actions for one hour in front of the processing factories in every plantation. 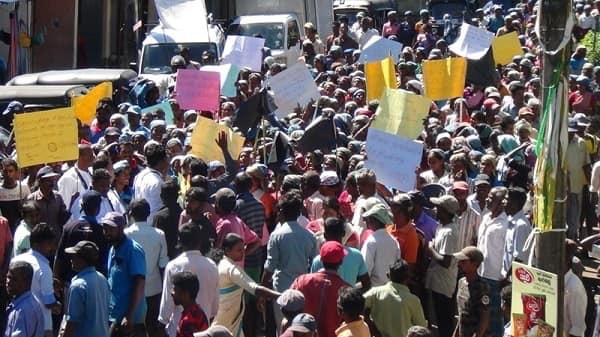