IUF affiliates in Pakistan, Korea, Indonesia and the Philippines showed their solidarity with the ongoing struggle of PepsiCo warehouse workers in India during May Day marches and actions. 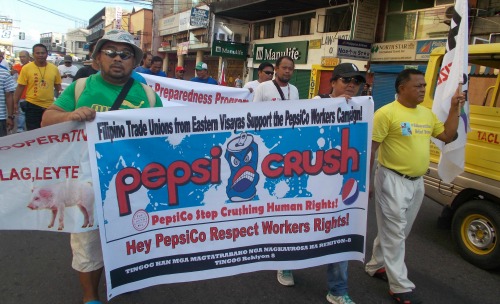 IUF affiliates joined the May Day actions with the banners of the campaign launched by the IUF for justice for PepsiCo warehouse workers. IUF members called on PepsiCo to stop crushing a courageous group of workers in West Bengal India, who formed a trade union. Following the founding of their union, workers were harassed, assaulted by company goons and then 162 workers out of 170 employed in three warehouses were brutally fired. 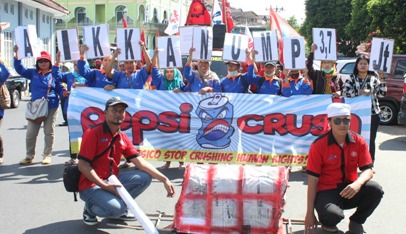 IUF members in Korea marched in front of Lotteria, a chain of fast-food restaurants in East Asia which serves PepsiCo products and protested the ongoing human rights violations of PepsiCo in India.

In its first congress, the IUF-affiliated Agriculture and Farmers’ Federation of Myanmar (AFFM) called on PepsiCo management to act to ensure that workers’ rights are respected. 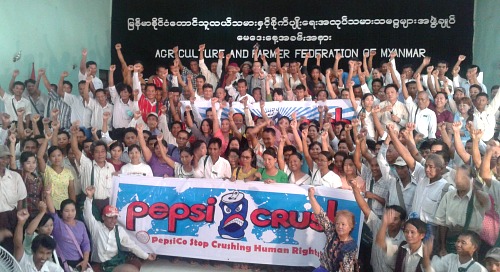