Over 40 members of IUF-affiliated trade unions representing Mondelez workers around the world marched on CEO Irene Rosenfeld’s residence outside Chicago on September 21 to protest the company’s systematic destruction of union employment. Most recently, the company has eliminated 600 union jobs at the Chicago Nabisco facility and announced the closure of its factory in Valladolid, Spain, with the loss of 220 jobs. 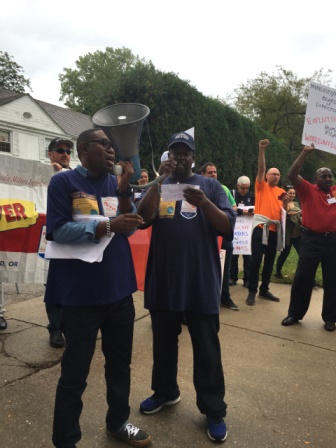